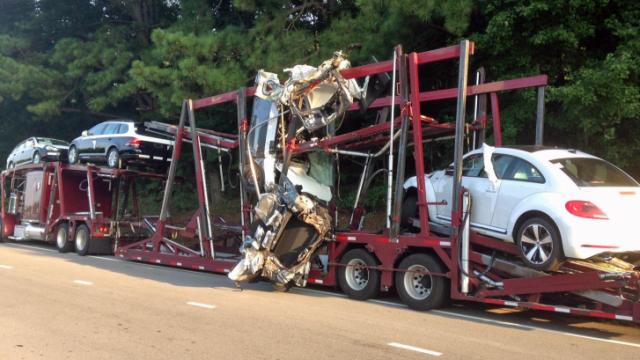 The crash, which happened at about 7:30 a.m., destroyed at least one vehicle on the truck, owned by Pasha Distribution Services, and caused heavy delays on U.S. 64 West.

No injuries were reported, and no other vehicles were involved.

The truck driver, Ricky Taylor of Georgia, was cited for having an over-height load, police said.