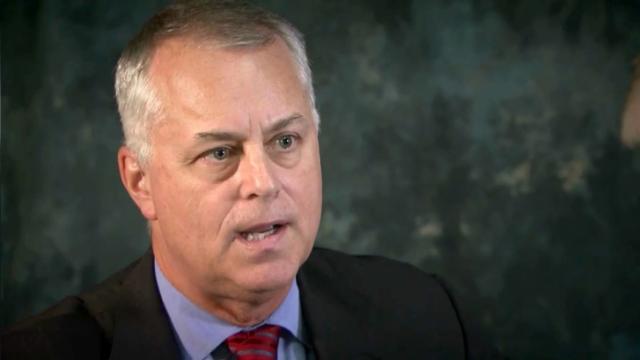 CNN — Retired Army Brig. Gen. Anthony Tata, a top Pentagon official, has tested positive for Covid-19 after meeting with the Lithuanian minister of defense, according to a Pentagon statement.

Tata, a former school superintendent in Wake County and secretary of the North Carolina Department of Transportation, will isolate at home for the next 14 days.

Pentagon spokesman Jonathan Hoffman said in a statement that Tata met with Lithuanian Minister of Defense Raimundas Karoblis last Friday. Karoblis has since tested positive for Covid-19 and the Lithuanian Embassy told the Pentagon on Thursday of his infection.

"Mr. Tata was tested today and has tested positive for COVID-19 on two successive tests. He will isolate at home for the next 14 days in accordance with Center for Disease Control protocols," Hoffman said.

Karoblis also met with multiple senior Pentagon leaders, including acting Defense Secretary Chris Miller, the secretaries of the Army and Air Force and the secretary of the Navy. Each of those officials have been tested since their meeting, Hoffman said. He did not say how those leaders had tested.

Bloomberg was first to report the news of Tata's positive test.

Tata was moved into the Pentagon's top policy role just last week amid a slate of sweeping changes atop the Defense Department's civilian leadership structure. He had been nominated to be under secretary of defense for policy this summer but his nomination was withdrawn because of bipartisan opposition.

CNN's KFile reported that he has made numerous Islamophobic and offensive comments and promoted various conspiracy theories.

In several 2018 tweets, he claimed former President Barack Obama was a "terrorist leader" who did more to harm the US "and help Islamic countries than any president in history."

And in radio and television appearances, Tata also spread conspiracy theories that a "deep state cabal" of officials would rather see President Donald Trump fail than succeed in office.

After the withdrawal of his nomination, Tata had been designated "the official performing the duties of the deputy under secretary of defense for policy."

He is widely viewed as a Trump loyalist who maintained support from the White House even as Republicans on the Senate Armed Services Committee signaled they were unwilling to support his confirmation earlier this year.

This story has been updated with additional information Thursday.


Copyright 2020 by WRAL.com and CNN. All rights reserved. This material may not be published, broadcast, rewritten or redistributed.