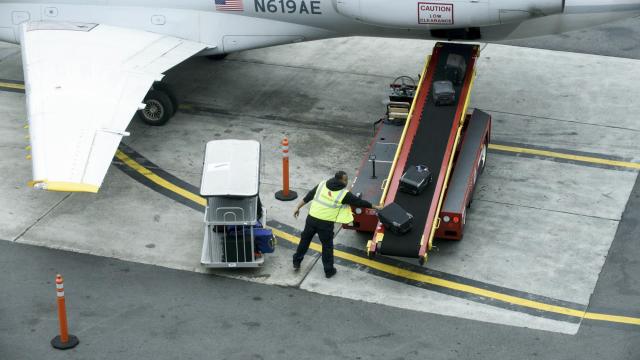 NEW YORK — As many as 40,000 workers at the three big airports that serve New York City are on a path to earning at least $19 an hour, the highest targeted minimum wage set by any public agency in the country and a major development in the battle over boosting income for those at the lower end of the pay scale.

The pay increase, which was expected to be approved on Thursday by the commissioners of the Port Authority of New York and New Jersey, will raise the wages of tens of thousands of workers over the next five years. It would go well beyond the $15 minimum hourly wage that several cities around the country have enacted and will take effect for many workers in New York state at the end of the year.

The expected vote by the Port Authority board comes after several months of deliberation and years of pleading and pressure from unionized airport workers. The airlines that contract with the companies that employ many of the workers also complained, arguing that higher wages could ultimately force them to pass along the costs to travelers.

“This is going to be the highest targeted minimum wage anywhere in the country,” said Hector J. Figueroa, president of 32BJ Service Employees International Union, which represents many of the workers. “That’s a significant breakthrough.”

The biggest beneficiaries will be workers at Newark Liberty Airport, some of whom have been earning significantly less than their counterparts at the New York airports, a remnant of a political divide between the two states.

New York Gov. Andrew Cuomo, a Democrat, endorsed the union-backed campaign for a higher minimum wage that has become known as the Fight for 15. But he ran into opposition from Chris Christie, the former Republican governor of New Jersey, with whom he shared control of the Port Authority.

Christie’s appointees to the agency’s board blocked a proposal to set a higher base wage for the airlines and companies they hire to perform various services at the airports. That left the minimum wage at the airports at $10.45 an hour, well above New Jersey’s statewide minimum wage of $8.60 an hour, but below the fast-rising minimum that Cuomo had pressed lawmakers in Albany to adopt.

Under New York law, the workers at La Guardia and Kennedy airports, like many other workers in the state, already earn at least $13 an hour. That floor will rise to $15 on Dec. 31, making New York one of the leaders in the movement toward much higher minimum wages. California and several cities around the country have adopted plans to gradually raise their minimums to $15 an hour. The federal minimum is $7.25 an hour.

The opposition at the Port Authority began to dissolve this year after New Jersey voters elected Philip D. Murphy, a Democrat, to succeed Christie, who campaigned on a promise to raise the state’s minimum wage. But a vote on the proposal to raise the minimum for airport workers was postponed for several months after airlines challenged the Port Authority’s power to mandate pay for private companies.

In response, the agency produced a comprehensive “analysis and justification” that argued that the airports were plagued by high turnover that threatened to make the airports less safe and degrade the services provided to travelers. It cited the benefits other airports had realized after raising their minimum wages.

“Lifting airport-workers’ wages is now a tried and tested tool, widely used for responding to a recurring set of serious problems at airports around the United States — problems that now beset the Port Authority’s airports, too,” the document stated.

That impending bump of $2 an hour “is going to be something great, not just for myself but for everybody,” said Brielle R. Nelson, who checks baggage claims and processes paperwork in Terminal C at Newark.

Nelson, 27, who lives about two miles away in Elizabeth, said she hoped the raise would pave the way for her to move out of her mother’s home into a place of her own. “I like independence,” she said. “I like to be able pay my own bills, pay my own rent.”