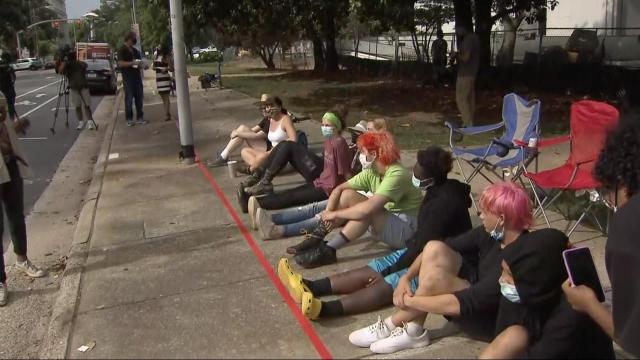 Raleigh, N.C. — Days after the North Carolina legislature’s passage of a bill that includes a measure to further restrict death investigation records from public access, some lawmakers say they plan to walk back the provision.

Senate Bill 168, which passed the House and the Senate nearly unanimously after midnight in the final hours of the short session, includes language that the state Department of Health and Human Services requested to make technical revisions to department-related laws.

The bill includes a public records provision that mandates certain records remain confidential when used as part of a death investigation. The language, if signed into law, would close a loophole that makes law enforcement records public if they are in the possession of the medical examiner.

But the language of the bill potentially could make other records that are currently public confidential if they include information derived from law enforcement or other confidential records, public records advocates say.

Following reporting on the bill over the weekend by a multi-newsroom collaborative, House Majority Leader John Bell said a fix is in the works.

“The General Assembly acted in good faith to fulfill their request, and that’s why it was included in the bill,” Bell, R-Wayne, said of the request from DHHS. “After further conversations and discussions about its unintended consequences, I am confident this will be revisited and corrected once the legislature reconvenes.”

Democratic Gov. Roy Cooper’s press office said Monday the governor would “review the legislation” but did not say whether he would sign the bill.

Cooper, who oversees DHHS, has remained silent even as opposition to the provision grows.

Late Monday, the rapper Ice Cube tweeted that Cooper should veto the bill. Protesters staged an overnight demonstration outside of the governor’s mansion Monday night that stretched into Tuesday morning calling for Cooper to veto the bill.

“This isn't anything new,” said North Carolina Chief Medical Examiner Michelle Aurelius. “The protection isn't different, isn't changed, but it's a fail-safe protection that reassures our partners that, once they provide us with information and records, that they continue to be protected when they're in our custody.”

A spokeswoman for Aurelius followed up after an interview Friday to acknowledge there was no current legal provision that shielded police records from becoming public as part of an examination by the medical examiner’s office.

But in the days since its passage, even before the protests and national attention, lawmakers and public records advocates expressed concerns about the legislation’s potential unintended consequences.

Rep. Allison Dahle, D-Wake, was the lone no vote on the bill.

“The reason I voted no was it was one bill when it left the House, and when it came back, it was totally different,” Dahle said. “Midnight is no time to govern. I continue to ask why it has to happen this way.”

Two days before its passage, when the bill left committee, it was six pages.

By the time it reached the floor, the page count more than doubled.

Two Democratic lawmakers who voted for the bill, Rep. Deb Butler, D-New Hanover, and Sen. Jeff Jackson, D-Mecklenburg, have since expressed opposition to the secrecy provision.

“Good governance is impossible at 3 a.m.,” Butler said. “The speaker knows that and does it intentionally. New provisions back and forth all night long. It’s a terrible way to do the people’s business. If this language slipped under the radar, I hope the governor vetoes it. We need more transparency, not less.”

Jackson tweeted Sunday night that the provision restricting access to death investigation records should be revisited.

“The bill had a lot of important provisions in it — including block grant funding for various social services — but we need to fix this one,” Jackson said.

State officials say lawmakers, who originally included the provision in a 2019 bill, did not mean to change access to public records, only to clarify existing language. The 2019 bill stalled in the Senate, and legislators moved the language to House Bill 1214 this year, which also stalled. They then moved the provision to Senate Bill 168.

“My understanding is it just streamlines what is confidential,” said Rep. Josh Dobson, R-McDowell, who introduced the bill on the House floor Thursday night. “It doesn’t change the status of confidentiality.”

“It may not have been anticipated by some, but SB 168 appears to invite less transparency into death investigations by medical examiners instead of more,” said Mike Tadych, a Raleigh attorney who frequently represents news organizations on public records issues. “It’s clear that our society is demanding greater access to information about deaths occurring while people are in police custody. Thus, it’s hard to reconcile making this change now.”

If an unnatural or unexpected death is deemed to be under medical examiner jurisdiction, related records are then passed to the Office of the Chief Medical Examiner. Such records include death investigations by law enforcement.

When those investigative records, which are exempt from public records law, leave law enforcement hands they become public.

This story was jointly reported and edited by Kate Martin and Frank Taylor, of Carolina Public Press; Lucille Sherman and Thad Ogburn, of The News & Observer; Nick Ochsner, of WBTV; Emily Featherston, of WECT; and Tyler Dukes, of WRAL.