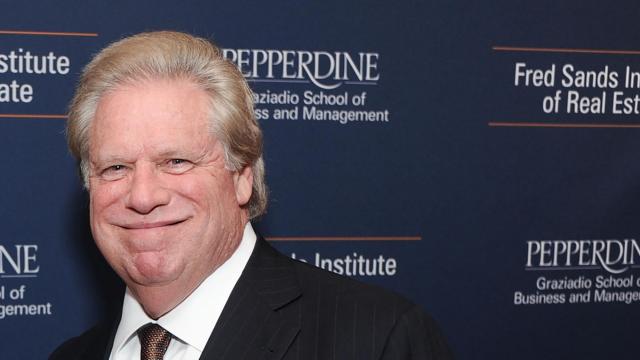 CNN — Elliot Broidy, a top GOP fundraiser who worked on President Donald Trump's inaugural committee, is expected to plead guilty to charges he failed to disclose his role in a secret lobbying effort to stop a US criminal investigation into a multi-billion dollar fraud at a Malaysian investment fund, according to a person familiar with the investigation.

Prosecutors charged Broidy with one count of conspiracy, alleging he and his co-conspirators' goal was to "make millions of dollars by leveraging Broidy's access to and perceived influence with the President and his administration," according to a court filing.

Broidy is the latest person in Trump's orbit to be hit with criminal charges -- a list of friends, advisers and former administration officials that includes Roger Stone, Michael Cohen, Paul Manafort and Steve Bannon. Bannon has pleaded not guilty to federal charges in New York. The others have either pleaded guilty or were convicted at trial.

Broidy is expected to plead guilty to the conspiracy charge later this month in a deal with the Justice Department to resolve its investigations of him, according to a person familiar with the investigation.

Reached by CNN, an attorney for Broidy declined to comment. The Department of Justice could not be reached immediately for comment.

The criminal case, which was brought by the Justice Department's public integrity section, was described in a criminal information filed in Washington, DC, district court this week.

According to a court filing, Broidy and others used encrypted messaging services to conceal a two-pronged lobbying effort and the millions of dollars in payments they received from Jho Low, a Malaysian businessman whom the Justice Department later charged with looting 1Malaysian Development Berhad of billions of dollars. Low has denied the allegations.

Broidy was also charged with illicitly lobbying the Trump administration for the removal of a Chinese national living in the US who is wanted by the Chinese government. According to the criminal charges, Broidy attempted to facilitate meetings between a Chinese minister and top officials in the Trump administration, Justice Department and Department of Homeland Security during a May 2017 visit. Neither lobbying effort was successful.

The investigation into the lobbying campaign has resulted in charges against at least two other individuals, including a former Justice Department employee. It is also the culmination of a multi-year investigation into Broidy and marks a fall for the former Republican fundraiser who had risen to the top of GOP circles with access to the President.

Broidy, a Los Angeles businessman and longtime Republican, had helped the Trump inaugural committee raise a record $107 million. He also served as deputy finance chair of the Republican National Committee from 2017 until April 2018 when he resigned in the wake of disclosures that Cohen, Trump's former personal attorney, had facilitated a $1.6 million payment to a former Playboy model who says she became pregnant by Elliot Broidy.

At the time, Broidy admitted to the relationship, but he did not address whether he impregnated the woman.

Prosecutors have been investigating the covert lobbying effort nearly from its start. In 2018 the Justice Department's public integrity unit announced criminal charges against George Higginbotham, a Justice Department employee, for helping arrange bank accounts to facilitate the transfer of money from Low to the lobbyists. Higginbotham has pleaded guilty.

Last year federal prosecutors in Brooklyn, which is also investigating the fraud at 1MDB, subpoenaed the inaugural committee for information about Broidy's contacts with foreign leaders and businesses, sources familiar with the investigation told CNN. The subpoena sought records relating to Broidy, five companies associated with him, and foreign politicians -- including the presidents of Angola and the Republic of Congo and two Romanian politicians, the sources said.

By August, Nickie Lum Davis, an associate of Broidy, pleaded guilty to aiding and abetting the secret lobbying effort.

The criminal charges are not Broidy's first brush with the law. In 2009 Broidy pleaded guilty to New York state charges, admitting he paid nearly $1 million as part of a pay-to-play scheme to win an investment for his private equity fund from the state's pension fund. He avoided jail time by cooperating with authorities.