Too much time in the sun? Here's how to treat a sunburn 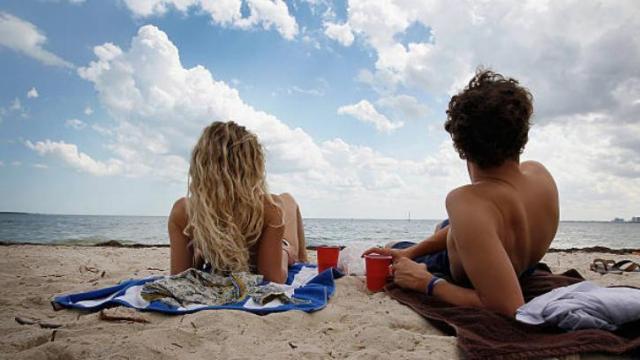 Sunshine feels so good. But sunburn hurts so bad.

If you or your child has been sunburned, there are steps you can take to heal the skin and ease pain, says UNC Medical Center dermatologist Dr. Puneet Singh Jolly. It’s also important to know when to seek professional help.

Of course, Dr. Jolly and his fellow dermatologists would strongly prefer you don’t get sunburned in the first place; sunburn is a major risk factor for skin cancer, and even one burn can lay the groundwork for malignancy.

“Most people have had a sunburn at some point. I have,” Dr. Jolly says. “But sunburns, particularly blistering sunburns, increase one’s risk of dangerous skin cancers.”

Simply put: Avoid sunburn whenever possible. But if it happens, here’s what to do.

When you’ve been sunburned, your immune system will send cells to the site to heal the damaged skin. This leads to an inflammatory response, which often includes swelling, redness and pain. The best solution is an over-the-counter pain reliever such as ibuprofen or acetaminophen, Dr. Jolly says.

Apply this to the damaged skin to further calm the inflammation. Formulas with 1 percent hydrocortisone are available without a prescription, but a doctor can prescribe a stronger ointment if needed.

This treatment is especially helpful if the skin is blistering, Dr. Jolly says. To guard against infection and ease pain, he recommends a mixture of 1 cup of distilled or bottled water and 1 tablespoon of white vinegar. Make as much as you need depending on the size of the burned area. Soak a washcloth in the mixture and coat the burn with the diluted vinegar. The vinegar is a natural antiseptic and helps gently peel away dead skin. (Don’t pop blisters on purpose or peel a sunburn with your fingers, as that invites infection.)

Dr. Jolly tells people to use thick creams like Cetaphil or Aveeno (as long as they don’t sting) to keep the skin hydrated and cool. Some over-the-counter formulations contain aloe, which can also be soothing. Avoid “old wives’ tale” remedies such as rubbing Crisco or butter on the burn. Dr. Jolly also says to avoid Neosporin, because a significant number of people are allergic to its ingredients.

Our skin protects our tissues and organs, but it also keeps the water that makes up most of our body mass inside. When we’re sunburned, that barrier is compromised and we’re more likely to lose water through the skin—an invisible process that can nevertheless lead to dehydration. To combat this, Dr. Jolly recommends that people with sunburn drink more water than they usually do.

When to See a Doctor for a Sunburn

Most sunburns can be treated at home, but some require a professional. In those cases, call your primary care provider or a dermatologist.

For adults, “if you have a widespread, blistering sunburn, you should get help,” Dr. Jolly says. For example, a few blisters on your forearm you can probably handle at home; a doctor should examine blisters that affect your forearm, shoulder, arm, chest and back.

For children, the threshold for seeking help should be lower and decrease with the age of the child, Dr. Jolly says. Young skin, particularly a baby’s skin, is less developed and dehydration is a risk.

“For an infant or a toddler with a sunburn, get help right away,” he says. If the burn is severe and you can’t get into a pediatrician the same day, go to an urgent care or emergency department.

“For school-aged kids, if the skin is red but doesn’t hurt much, home remedies can be useful. If the child is experiencing more significant discomfort, he or she should be seen by a provider,” Dr. Jolly says.

Anyone of any age who is sunburned and has trouble regulating his or her body temperature—it’s either too high or too low—should see a physician immediately.

Again, the best way to deal with a sunburn is not to get one. Skin cancer is the most commonly diagnosed cancer. The most serious type, invasive melanoma, accounts for about 1 percent of skin cancer cases but will kill more than 7,000 people this year.

To prevent skin cancer, stay out of the sun whenever possible, especially between 10 a.m. and 2 p.m., don’t use tanning beds, and ask your doctor if you should see a dermatologist for skin cancer screenings.

Wear sunscreen that is labeled “broad-spectrum,” meaning it protects against both types of damaging ultraviolet rays from the sun, UVA and UVB, Dr. Jolly says. He recommends at least SPF 30 and emphasizes that sunscreen must be worn correctly to work. Most people don’t use enough—a general rule is a teaspoon per body part—and don’t reapply as often as directed. Reapply according to the directions, typically every two hours or after swimming or toweling off. Even sunscreens labeled as waterproof need to be reapplied regularly.

Better than sunscreen, Dr. Jolly says, is sun-protective clothing, such as hats and shirts. Look for a UPF (ultraviolet protection factor) of at least 25.