TOM REEDER: The McCrory Administration's response to the threat of coal ash 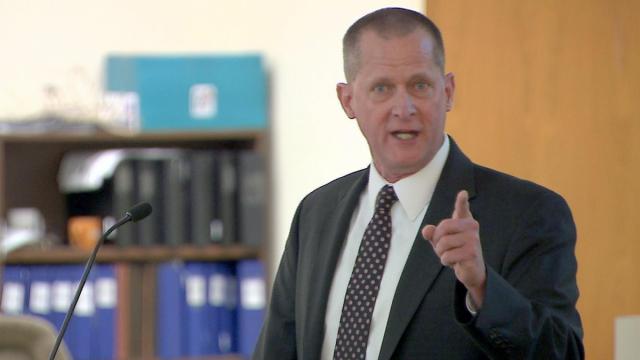 Gov. Pat McCrory has done more to address the decades-old threat of coal ash than any previous governor in North Carolina, yet the (Capitol Broadcasting Company) editorial attempted to pin a problem that was ignored for decades by previous administrations squarely on him.

Long overdue leadership on coal ash began in 2013, when the McCrory administration filed multiple lawsuits against Duke Energy to force the cleanup of coal ash ponds. In response to the Dan River spill in 2014, Gov. McCrory developed the framework for North Carolina’s coal ash management law. The law was the first of its kind in the nation and it forces the utility to clean up and close every coal ash pond in the state.

Also in 2014, the state environmental department sampled wells near coal ash ponds in an effort to provide residents with as much information as possible about the safety of their drinking water. The initial recommendations not to drink the water were made out of an abundance of caution. The state health and environmental departments conducted comprehensive research in the months that followed and based on that research informed residents that their water is safe to drink.

The debate that is now being highlighted in the press is not a matter of politicians overruling scientists. The disagreement was about whether North Carolina should continue to be the only state in the country to enforce a hexavalent chromium threshold that is out of line with 49 states and the Obama administration’s standard for safe drinking water.

The facts – though often ignored – are very clear. North Carolina was the first state in the country to order that all coal ash ponds be closed. We issued record fines for environmental violations. We required Duke Energy to dig up coal ash ponds, and where excavation is not needed, close other ponds in the same manner the federal Environmental Protection Agency recently approved in Tennessee. We have already overseen the safe cleanup of more than 6 million tons of coal ash and more is being moved every day. We are also conducting environmental justice reviews before permits are issued in communities where Duke Energy plans to store coal ash in new landfills.

Most importantly, Gov. McCrory recently signed a law that provides residents with peace of mind by requiring Duke Energy to provide well owners with permanent alternate drinking water connections. The law also requires that dams around ash ponds be repaired and mandates the recycling of coal ash. We look forward to building on the progress we have made since 2013 and removing once and for all any threat coal ash may pose to the environment and public health.

Tom Reeder is the Assistant Secretary for the Environment at the N.C. Department of Environmental Quality.