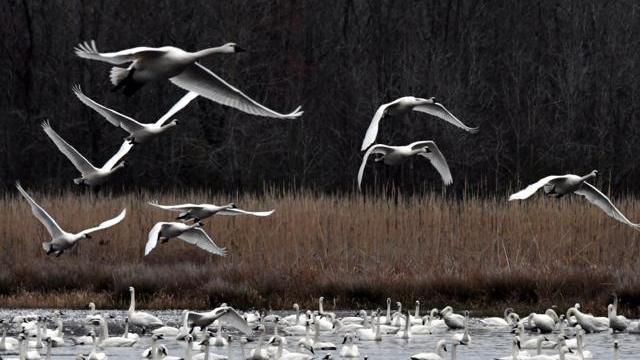 Whenever I pass near Columbia, N.C. I try to stop at Full Circle Crab Company to see my friend Willy Phillips. The term “full circle” has meaning for all of us at the end of a year, season, or cycle. It also marks a time of beginning.

In Willy’s case, as one fishing season ends, another begins. In the seafood business, farming and in most other endeavors, new beginnings are also a time for hope.

Truth be known, Columbia, a lovely town of 900, is one of my favorite destinations in the wintertime because it sits on the edge of one of the darkest landscapes in Eastern America. It is in the darkest places where the stars shine brightest.

Even though the pandemic is still taking an awful toll in North Carolina and will still be with us in the coming months, we have come full circle to a time when hope is justified. Until recently, I had never thought about vaccines as part of the restoration of freedom, but that’s exactly what they are. With the new vaccines for COVID being delivered, we can now envision a time certain when each of us will again be able to pursue our educations, livelihoods and our dreams without fear and perhaps without a mask.

Last March, just before our world was changed by COVID, I visited Columbia and the Albemarle Peninsula to see the swans and snow geese one more time before they headed north. Some people think of the road between Williamston and Manteo as that “long, barren stretch,” but I like to think of this four-county region as North Carolina’s Serengeti, Everglades, or Yellowstone.

It is one of the last truly wild places in Eastern America. It might surprise you to know that the acreage of land and water comprising Dare, Hyde, Tyrrell, and Washington counties is more than twice the size of Rhode Island, and larger than the state of Delaware.

Within days of my visit last March, the great migratory flocks departed for their long summer on the Arctic shores of Alaska and Canada. It’s now December and the birds of winter have come back. They, too, have come full circle in the form of a round-trip, often more than 7,000 miles in duration.

Lest we forget the same journey and same natural cycle has occurred for millennia. For almost half the year North Carolina continues to be a place where swans, ducks, geese and cranes share the land with large resident populations of otter, deer, and black bear.

I never take for granted why the birds come back to North Carolina. Around the Albemarle Sound we have multiple National Wildlife Refuges—Pocosin Lakes, Mattamuskeet, Alligator River and Currituck — and Montana-sized farms. Here the birds feed in vast fields, marshes and lakes. They also have good neighbors in the farmers who appreciate their presence. As indicated earlier, there’s something else that makes this region one of the most magical wildlife destinations in America, darkness! Dark skies and wild places are synonymous.

On multiple trips to see the swans and geese, I have remained until well after dark just watch the Milky Way paint the winter sky. Several years ago I lay on the hood of my truck, leaning against the windshield, as the Geminid meteor shower (appearing now in mid-December) lit up the night sky.

As Tar Heels we can boast about the Research Triangle Park and America’s “financial hub” in Charlotte, but let’s also celebrate our wild, dark places.

When we think of diminished wildlife populations and reduced biodiversity in the 21st-century, we usually think of habitat lost to development, impaired water quality and chemical pollutants in the form of herbicides and pesticides. We often forget that one of the great casualties of the natural world beginning in the first half of the the 20th century has been the destruction—the dimming—of our night skies.

I include the “night sky” as part of the natural world because insects, birds, mammals, fish, reptiles, plants and yes, humans, require darkness. Just as we humans don’t sleep well with the light on in our bedrooms, the natural world is disrupted when we leave the lights on around wild places! Like too many things in nature, the night sky has also become an endangered “species.”

From Audubon research and other sources, I have learned over the years that the majority of our birds migrate at some point during the year, heading north or south, and that almost 80 percent migrate at night. In addition to large migratory waterfowl, smaller birds like thrushes, warblers, orioles and even hummingbirds migrate at night. Most cities and suburbs—albeit unwittingly—put up huge light “domes” that pollute the night sky.

Have you ever driven along a highway at night distracted by construction lights, brightly lit shopping centers, headlights of oncoming vehicles and even holiday lights? Now imagine birds navigating hundreds of miles through night skies filled with unfamiliar artificial lights while trying to return to one of the few remaining dark, wild places in Eastern America, the Albemarle Peninsula. Here, Tar Heel night skies are the darkest and stars are the brightest.

The last 10 months have been turbulent as we have dealt with angst, fear, and loss. As stated earlier, I now choose to believe that with the positive news of multiple vaccines, uncertainty will dissipate and the stars will come out again. Until each of us is protected, we will wear our masks and take care of each other.

While awaiting my turn, I will again visit the birds of winter on the Albemarle Peninsula , and in the evenings I will look to the heavens and marvel at the beauty of our tiny corner of the universe as revealed in the night sky. And yes, while there, I will stop in Columbia and visit Full Circle Crab Company where crabs, shrimp, rockfish, oysters and hope are always in abundance. 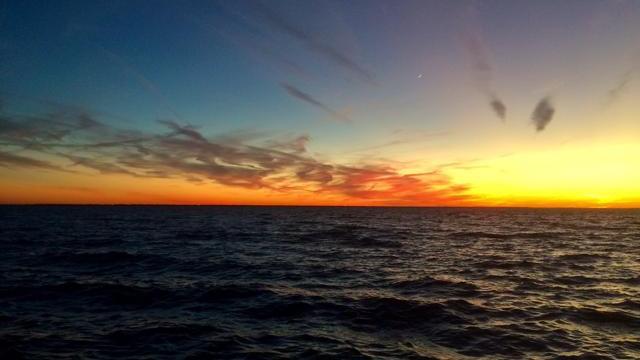 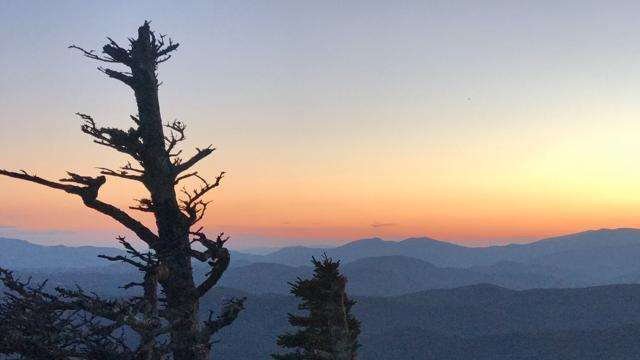 In some coastal counties and in parts of our mountains, North Carolina still has vast open spaces with dark skies. For many creatures dark skies and bright stars are an essential to migration. There’s no better place to celebrate North Carolina’s night skies than Phelps Lake in Washington and Tyrrell counties (Photo 1) or looking west (Photo 2) from Grandfather Mountain. 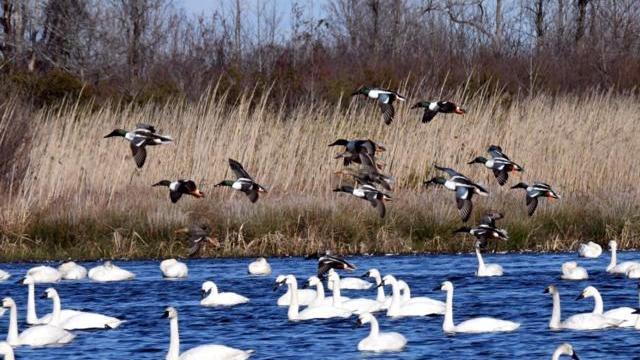 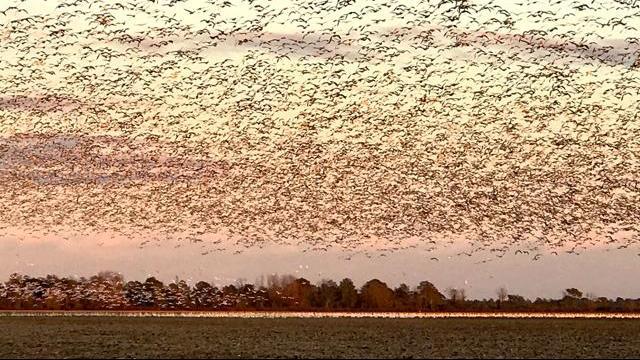 Tundra swans (Photo 3), most ducks (Photo 4), and snow geese (Photo 5) migrate at night. While in coastal North Carolina they also fly at night under cover of darkness for short trips. 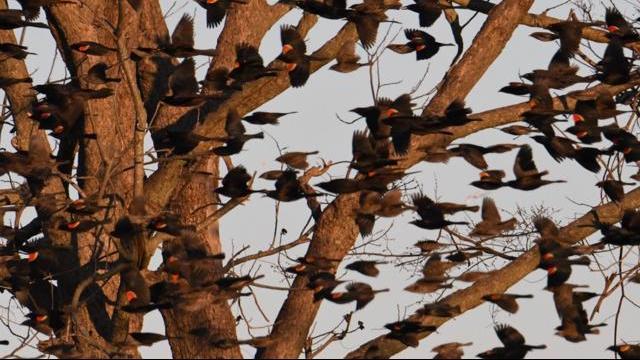 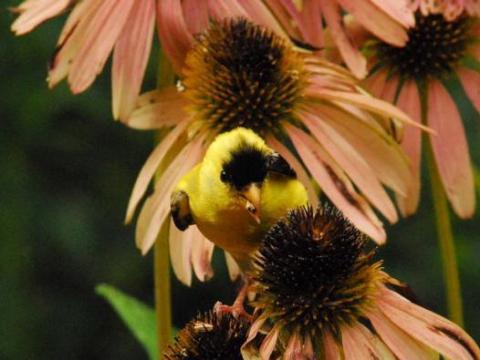 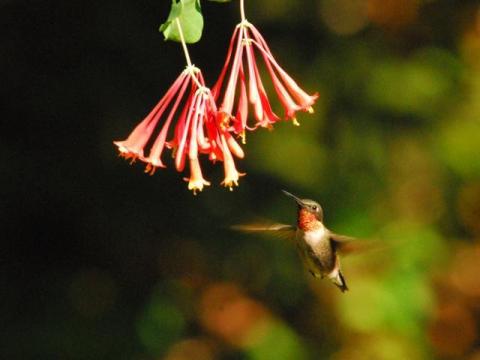 It is easy to forget that most insects, reptiles, birds, and mammals, including humans, need darkness. Wherever possible, it is important that we maintain night skies. Red-winged blackbirds (Photo 6), finches (Photo 7) and even hummingbirds (Photo 8) need dark night skies for migration and optimal habitat conditions. 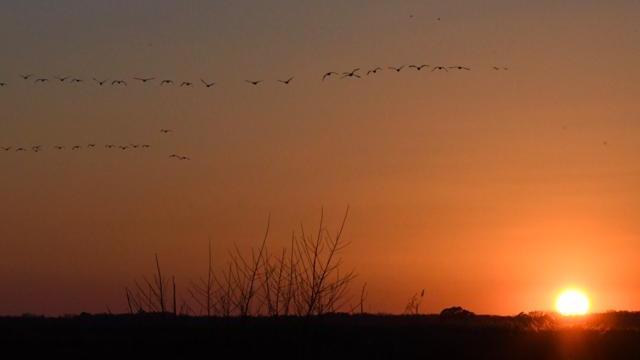 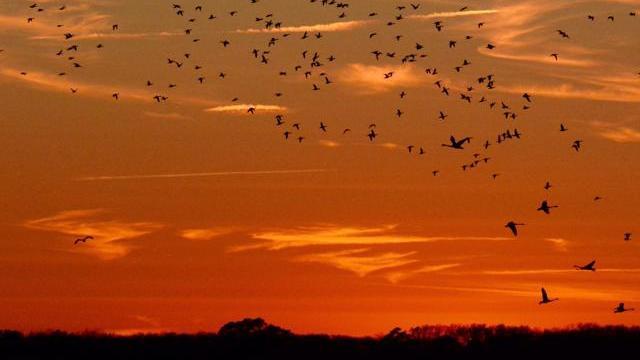 Between now and March, plan a family visit to see the birds of winter. If you stay past sunset (Photo 9), the skies will still be filled with hope (Photo 10) before the stars come out.