Lumber Bridge, N.C. — Three men have been charged after opening fire on a family traveling home from a party in their pickup truck early Sunday morning, killing one man and injuring two others.

Hoke County officials said Richard Locklear, 26, was killed as a result of the shooting. Locklear is the father of a 2-year-old who was also inside the car during the shooting but who was left unharmed.

The shooting occurred around 4:30 a.m. at the corner of Shannon Road and Old Wire Road. Hoke County Sheriff Hubert Peterkin said two suspects got out of their car and started shooting at the victims inside of their pickup truck, which was stopped at a stop sign.

According to Peterkin, three adults and one 2-year-old were inside the truck. The toddler was not hit, but the Locklear and another adult were shot, and a third passenger, identified as the toddler's mother, was injured.

On a phone call with WRAL, Peterkin said over 30 rounds from two weapons were shot into the truck. "Right now, it looks like robbery was the motive," he said, indicating that jewelry and money was taken from the victims. 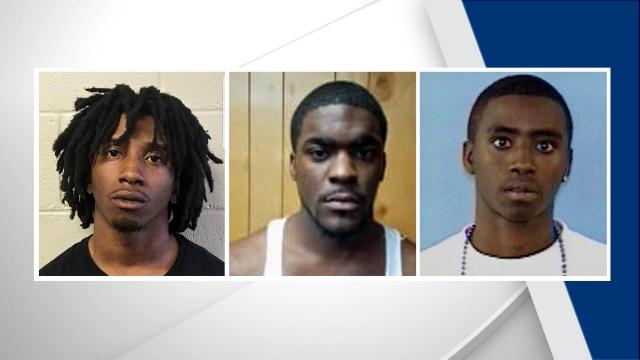 Peterkin said he did not know why the toddler was at a party but that deputies are investigating.