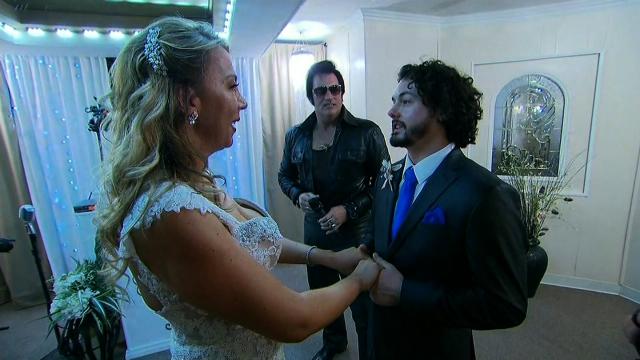 CNN — Today is a very special occasion -- the date is a palindrome, meaning it is the same when read forwards and backwards.

This is the only time such a date will occur this century.

The Royal Wedding Chapel in Las Vegas was advertising weddings on the "significant" date, pointing out that your two-year anniversary would fall on 2/2/22. "Two being the ultimate symbolic number representing you and your spouse to be."

Las Vegas chapels were bursting at the seams with couples wanting to tie the knot on 11/11/11, with "queen of nightlife" Tiffany Masters holding what she billed as the world's largest reception.

Verizon Wireless launched its Droid Razr at 11:11 on 11/11/11 and there was even a movie "11-11-11," about an American author plagued by strange happenings and constant sightings of the number 11.

Human brains are naturally inclined to look for patterns, and many consider such dates lucky. Daniel Hardt, president of Life Path Numerology Center in Indianapolis, called it a "powerful day."

There had been one of these every year since 2011, but that was the last of the century.

A palindrome is any word, phrase or sequence of numbers that reads the same whether you read it forward or backward, such as "mom," "race car" or "tacocat." Author James Joyce invented "tattarrattat," which is supposed to be the sound of a knock on the door and the longest single-word palindrome in the Oxford English Dictionary.

Palindrome comes from the Greek words "palin," which means "again, back" and "dromos," meaning "running," according to Dictionary.com. So palindrome is a word or phrase that runs back on itself.