To Warn or Not to Warn? Theater Fans Respond 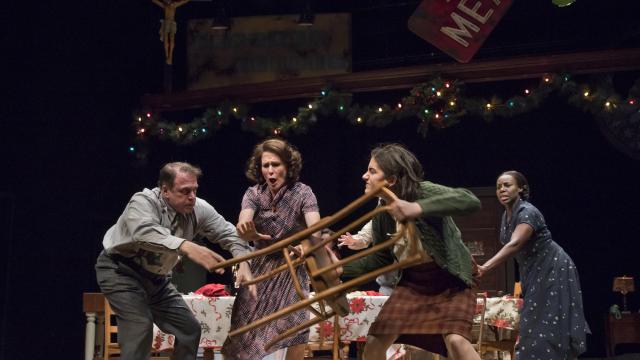 So it turns out that trigger warnings can be triggering. The New York Times reported last week that, across the country, theaters are posting increasingly specific descriptions of content that might unsettle or offend patrons. It’s a polarizing trend — some argue that theater should be challenging, while others argue that warnings are a valuable customer service — and our readers had a lot of thoughts on the issue. Here’s an edited sampling of responses.

“This is what happens when power is handed to marketing specialists rather than artists. I prefer to be considered as a theatergoer, a member of the audience, a spectator to be enlightened, sometimes shocked, often amazed at the skill and gusto displayed.” — Arnaud Tarantola

“You’re SUPPOSED to be shocked, surprised and confronted by drama. If you prefer milquetoast, stay home and watch cable. Theater is clearly not for you.” — John Gallagher, North Ferrisburgh, Vt.

“When I saw ‘Equus’ many years ago, an elderly gentleman in the theater went into shock when the actors on the stage disrobed completely. His wife, who apparently thought he was having a heart attack, started shaking him and yelling. He was fine — he just became breathless at the sight of nudity. If we had trigger warnings in the ‘70s, I’m guessing that there were theatergoers who would have passed on this excellent production.” — Theresa Kelly

“I think we should stop the ongoing infantilization of adults. If we can’t cope with a book or a play, how will we ever cope with other adults or difficult situations?” — Dvora Levinson

“You’ve got to be kidding! Maybe hand out blankets and pacifiers, too.” — Norman Berkowitz

“Movies have given trigger warnings for years, in the form of ratings. An artist has a right to shock and surprise for the sake of his art? I don’t think so. Let me know generally what I’m in for and I will decide if I see it.” — A Thinker, Not A Chanter

“I am not surprised but nonetheless saddened by some of the responses. I feel the majority of us can handle anything a theater could throw at us but this doesn’t cancel out the human beings who can’t. This idea that we are creating soft people or having to coddle little snowflakes — those that hold these thoughts should try to understand the worlds of survivors of rape, torture, abuse, the minds of refugees or of the veterans we routinely send into terrible situations. What a luxury the rest of us have to walk through daily life without memories of a nightmare lurking just beneath the surface of our daily lives.” — Todd Freeman, Columbus, Ohio

“If it wasn’t for a review in The New Yorker, I would have thought a real bomb had exploded at the Roundabout production of ‘Napoli, Brooklyn’ last summer. That could, of course, happen, and anyone in a big crowd of people enjoying the arts certainly has had that thought before. But since I knew it was coming, I was able to thoroughly enjoy all the shaking, noise, and ‘smoke.'” — Michael Cummings, New York

“Whether to warn or not is the theater’s/venue’s choice, and appears to be mostly a business decision based on avoiding loss of revenue. However, I trust they won’t discount the buying power of patrons like me: If I walked into a venue and was greeted by a placard that gave away a tenth or third or half of what I was about to see, I would be far less likely to attend an event at that venue again.” Tanya Miller, Oswego, N.Y.

“I think it’s quite funny how ‘triggered’ people get about trigger warnings. Like, why so upset about something that you can just ignore if it doesn’t apply to you? That being said, it deeply irritates me that the original intent of a trigger warning — which was to warn those with PTSD about severe violence (physical and sexual), which can genuinely cause a physiological reaction for people who have experienced similar trauma — has developed into a message of, ‘This contains sensitive material that may upset you.’ Being upset or uncomfortable is NOT being triggered and liberals have done a huge disservice to sufferers of PTSD by distorting the meaning.” — JD, New York

“Readers here have some strange misconceptions about trigger warnings. They’re designed to help people engage with difficult material, not avoid it. The people who benefit from trigger warnings aren’t weak, delicate, overly sensitive, immature or intellectually incurious; they’re people who survived serious trauma, and are dealing with the fallout.” — Eleanor, New York

“Television is currently full of the most violence, sex and drug use ever seen, and people are going to be upset by a gun going off in ‘Oklahoma’?” — Jim

“My sister and I joke that we only seem to pick shows that include theatrical haze and male nudity ... and if the show includes pirates and puppets, we will go at least two times.” — 37rubydog

“Maybe all theaters could put up notices warning potential audience members that anything might happen inside the theater, because it is a place where human beings gather to bear witness to being human.” — Allison, Texas

“If I saw warnings about dull dialogue, ungainly steps, heaving bosoms, senseless witticisms, overwrung hand-wringing, puny plots and such, I’d say thanks for saving me the price of a ticket.” Rea Tarr, Malone, New York.