Tim Tebow mourns the death of his beloved dog Bronco 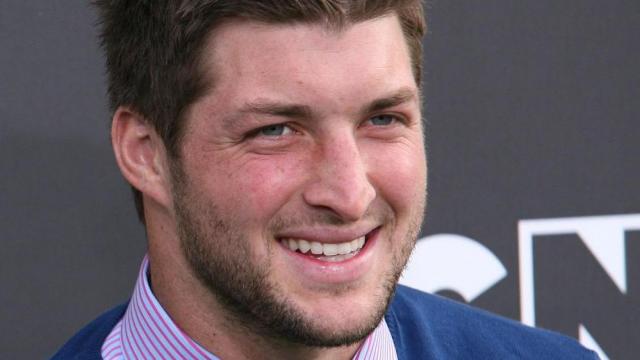 Tim Tebow is grieving his beloved pup, Bronco, who died after spending nine loving years with the athlete.

Tebow bid farewell to his pup in a wrenching Instagram post. He shared a video crying and cradling Bronco in his final moments.

"One of the toughest goodbyes," he wrote. "Wanted to make a special tribute to the sweetest boy ever - thank you for all the joy you brought and all the memories."

Tebow adopted the Rhodesian ridgeback pup, who he frequently referred to as his "son," in 2010, the same year the NFL's Denver Broncos drafted the University of Florida star quarterback, per a USA Today biography of the athlete.

The pair have endured their fair share of trials and triumphs: The Heisman winner pivoted to minor league baseball after a series of stops and starts in the NFL, moving around the country before playing triple A ball for the New York Mets.

Bronco's been alongside him for all of it -- Tebow's philanthropy work and founding of the Tebow Foundation, his broadcast career as a college football analyst and, most recently, his engagement to former Miss Universe Demi-Leigh Nel-Peters.

On Thursday, he shared a photo of himself ("Tebowing," his signature prayer pose on one knee) in front of Bronco's grave. He told followers he buried the pup in a "really special place."