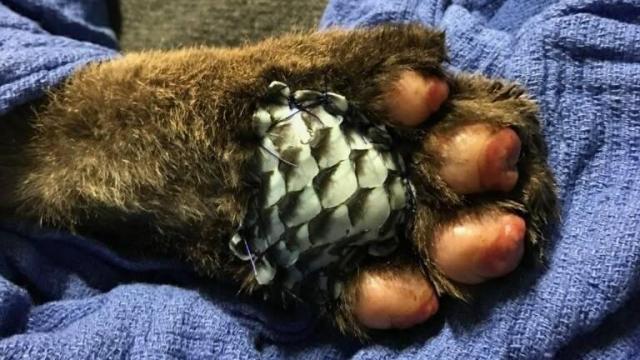 Santa Paula, California — An unusual procedure -- applying fish skin to a burn -- may save a young lion cub's life after wildfires in California left it and many other animals injured.

According to officials with City of Santa Paula, the mountain cub was rescued a week ago from the Thomas Fire, one of multiple wildfires that ignited in southern California in December.

The Thomas Fire has devastated Ventura and Santa Barbara counties since it was fueled by strong Santa Ana winds. It remains as the third-most destructive in structure losses, with 1,063 buildings burned, according to California firefighters.

When the five-month-old cub was rescued, all four of its paws were severely burned, but officials say it is doing remarkably well under the care of experienced wildlife veterinarians. 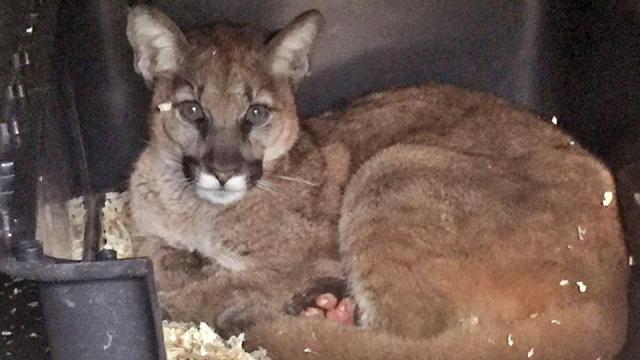 Dr. Jamie Peyton, Chief of Integrative Medicine at the UC Davis Veterinary Medical Teaching Hospital, has been treating the burns by applying sterilized tilapia (fish) skin to the most severe injuries. This technique – which doctors in Brazil have successfully used on human patients -- creates a biologic bandage to protect the burn area and provides collagen to help speed healing.

Doctors say the cub has responded well to treatment so far and is expected to recover.

Since the cub is young and would still be dependent on its mother in the wild, it will be placed in captivity once it has fully healed.