Tiffany needs to attract millennials. The company that hired Rihanna and A$AP Rocky wants to help 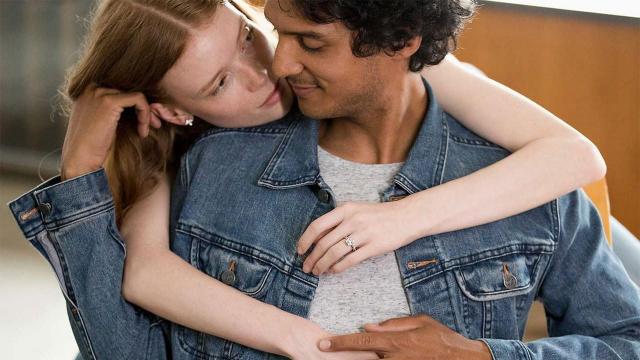 CNN — Tiffany & Co. has been working hard to change its stodgy image to court millennials over the past few years. Luxury conglomerate LVMH, a rival that has mastered the art of marketing lavish lifestyles to young people, wants to be Tiffany's White Knight. But Tiffany may not think it needs saving.

Tiffany on Monday said it's examining a $14.5 billion acquisition offer from LVMH, whose high-end product lines, including Louis Vuitton, have been a hit with millennial audiences at a time when many brick and mortar retail companies have struggled to establish and maintain their own brand loyalty.

Yet industry analysts are divided on whether the move makes sense for the 182-year-old jewelry retailer, which has made great strides recently in cultivating millennial customers of its own.

Tiffany signaled it will take its time to determine whether the venture is worth accepting.

One way or another, the company said it "remains focused on achieving its goal of becoming The Next Generation Luxury Jeweler."

"While the parties are not in discussions, Tiffany's Board of Directors ... is carefully reviewing the [LVMH] proposal, with the assistance of independent financial and legal advisors, to determine the course of action it believes is in the best interests of the company and its shareholders," Tiffany said in a written statement Monday.

The market was intrigued by the offer, with Tiffany shares jumping 31%, closing at $129.72 on Monday. The stock fell a little more than 1% Tuesday.

The Paris-based LVMH — whose brands also include high-end fashion lines Christian Dior and Fendi in addition to spirits makers Dom Perignon, Moet and Hennessy — have set the industry standard for luxury brand notoriety among young consumers.

Lines like Vuitton and Christian Dior have become mainstays in the pop culture lexicon among young consumers, including prominent influencers like Kylie Jenner, Cardi B, and 2017 Dior pitchman A$AP Rocky.

Earlier this year, the conglomerate acquired Rihanna's Fenty and Fenty Beauty fashion and cosmetics lines, which have enjoyed unique success marketing to young women of all shapes, sizes, hues, and cultural backgrounds globally.

"LVMH has a good track record of diving into the integration of street wear and luxury," Oliver Chen, managing director and senior equity research analyst for retail and luxury goods at Cowen, told CNN. "They've made some really good creative strides which are really embracing the future of luxury. I also think that Tiffany management feels confident in its strategy so it is not going to be lured by the skills that LVMH may be able to bring via an acquisition."

Tiffany may not have Louis Vuitton's millennial cachet, but the brand has come a long way in terms of marketing to young people.

The American luxury standout already had long-established cultural caché with older audiences — aided by the timeless 1961 film "Breakfast at Tiffany's," starring Audrey Hepburn. But the company had struggled to market its wares to millennials, resulting in stagnant sales and the departure of former CEO Frederic Cumenal in 2017.

Earlier this year, Tiffany partnered with Lady Gaga once again to promote its "Believe in Love" ad campaign after hiring the pop star for a Super Bowl ad spot in 2017. The promotion featured real-life interracial and same-sex couples telling stories of how they met, fell in love, and decided to buy Tiffany rings. It including endorsements from the likes of Nigerian writer and Beyoncé collaborator Chimamanda Ngozi Adichi as well as author David Sedaris.

Tiffany's Blue Box Cafe on the fourth floor of its iconic flagship store in New York City has become an Instagram hotspot where influencers snap and share photos of their own "Breakfast At Tiffany's" experiences.

"Tiffany is successfully executing on its business plan and remains focused on achieving its goal of becoming The Next Generation Luxury Jeweler," the company noted in its statement on Monday.

"At the initial price that has been offered, I don't think this does make much sense for Tiffany," Saunders told CNN via email. "[Tiffany & Co. is] arguably in the foothills of their reinvention and have a great deal of forward potential, so LVMH is going to have to sweeten the offer for it to be of interest."

But Chen sees an upside for Tiffany being acquired by LVMH, which has its own, more prominent, contemporary branding profile. He says the two companies have synergies with one another.

"It's an opportunity for both companies digitally," Chen said. "LVMH has made some really good creative strides, which are really embracing the future of luxury. Tiffany has a big watch opportunity. Less than 1% of their total revenue is watches. Also the bridal business. Bridal is a big category as other economies use bridal as well. ... We're living in an age of brands. Brands extract buying power."