Through All the Hype, Self-Driving Cars Remain Elusive 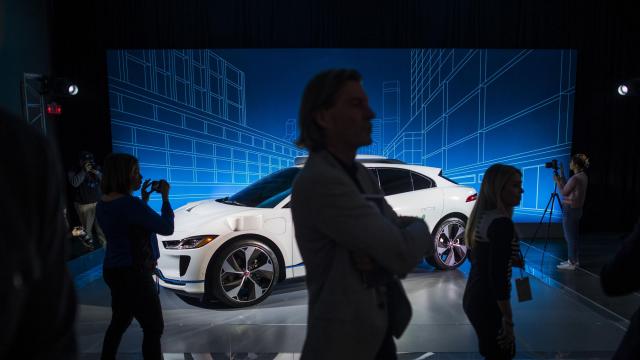 The relentlessly hyped arrival of autonomous vehicles looms as the greatest disruption in personal transportation since Henry Ford’s moving assembly line started producing Model T’s by the millions. One word in that statement — arrival — is, however, doing a disproportionate amount of work.

Self-driving vehicles, despite being the subject of breathless media reports and in automakers’ strategies, remain years from being available to private owners. Scores of companies hold permits to test autonomous cars in California, yet even leaders like Waymo, once Google’s self-driving project, are unwilling to commit to when such vehicles might be appearing in showrooms.

Even with so many companies testing self-driving cars — 10 million miles since 2009 by Waymo alone — the definition of autonomous continues to be murky, at least to the public. What is available today in driver-assistance systems like Cadillac’s Super Cruise or Tesla’s Enhanced Autopilot may offer hands-free motoring in some situations, but they are far short of what is known as Level 5 full automation under the standards of SAE International, a standards-setting organization. That capability entails operation on any road in any conditions that a human driver could handle; logically, cars built to this standard would have no need for a steering wheel or foot pedals.

With this radical shift in driving comes questions about the viability of traditional business models based on the private ownership of cars and the dominance of the large carmakers.

That upheaval creates opportunities, making way for new players, many that bring the digital mastery that a new generation of driverless cars will demand. It looks like a Silicon Valley replay, both philosophically and geographically. Startups sprout wherever the ground is fertilized with cash; already there are giants like Waymo, Lyft and the General Motors unit Cruise. All have outgrown the beginner phase.

Still, Reilly Brennan, a general partner at Trucks Venture Capital and a lecturer in transportation at Stanford University, is cautious about how quickly a commercial market will develop for new companies.

“Fully unstructured driving by go-anywhere cars is a long time away,” he said in a telephone interview. “Few startups actually understood the commitment required to create a complete vehicle.” Instead, Brennan suggests, autonomy will first come to specialized applications like agriculture, mining and fleets dedicated to city delivery routes.

The vast amount of data that must be digested by an autonomous car gives rise to another class of participants: the suppliers of the underlying technology like analysis tools and sensor systems. Danny Shapiro, senior director of automotive at Nvidia, a partner with several prominent autonomous-vehicle developers, emphasizes the crucial role of such companies in making possible the cars that will be built without pedals or steering wheels.

“Our approach was to build an artificial intelligence brain, a supercomputer the size of a laptop to interpret the data from a car’s sensors and build a 3D picture of its surroundings,” Shapiro said.

While creeping along in a highway traffic jam may not be so demanding, detecting a distracted pedestrian on a city street and plotting a safe reaction is far more rigorous.

“When it comes to dealing with those situations, there’s no such thing as having too much computing power in the car,” he said.

Following are some of the startups that are expected to play a role in developing the diverse ecosystem of autonomous vehicles.

Based in Pittsburgh and the recipient of a $1 billion investment from Ford Motor in 2017, Argo takes advantage of its close association with the Robotics Institute of Carnegie Mellon University. Argo last year acquired a maker of lidar systems, Princeton Lightwave, to bring that vital component under its roof. Bryan Salesky, Argo’s chief executive, is a veteran of the Darpa Urban Challenge, an autonomous-vehicle competition.

Collaborating with Hyundai and Volkswagen, Aurora aims to have autonomous vehicles in commercial operation by 2021. With founders from Google, Tesla and Uber, Aurora says it plans to remain independent, helped by a fundraising round early in 2018, choosing to partner with automakers rather than being acquired.

By focusing on self-driving technology for tractors and other farm implements, Bear Flag aims to lower the cost of agriculture and food production while sidestepping the crowd rushing to build vehicles for public roads. Operating in fleets controlled by a single supervisor, the autonomous tractors are intended to improve safety.

With the opening last year of a research center in Mountain View, California, Didi is extending to the United States its footprint as a major ride-hailing operation. As the owner of Uber China and a provider of what it says are 25 million rides a day, it will focus the Silicon Valley center’s work on AI-based security and intelligent-driving technologies.

This company’s concept is to deliver a complete ride-hailing service to communities that Drive.ai would run. Now testing in a Dallas suburb, its orange Nissan minivans distinguish themselves by interacting with pedestrians through externally mounted display screens with messages like “Waiting” or “Exiting” to replace the communications that a human driver might offer.

Based in Ann Arbor, Michigan, this startup positions itself as a mobility service, concentrating on providing fleets of driverless cars for structured environments like downtown business areas, corporate campuses and housing developments. Its approach is to work with local governments to provide transportation in small areas — about 4 square miles — where speeds are limited to 25 mph.

Completing the link between an autonomous vehicle’s array of sensors and its computer-control system, this AI startup coordinates the river of raw data from cameras, radar, lidar and the like with the processors that analyze it. The company works with automotive partners developing driver-assist systems and companies creating what are called robotaxis.

This is another company that is taking autonomous in a slightly different direction and steering clear of cash-rich operations like Waymo and Cruise. It will equip freight trucks to be driverless on highways, the hub-to-hub model, yet remote-controlled by humans for the so-called first and last mile of trips.

Placing its bets on a full-vehicle development approach, Zoox is something of an outlier. But the company is adamant that only by building a fully integrated vehicle, rather than adapting autonomous-vehicle technology to an existing vehicle, can it achieve optimum results. The business model is based on Zoox’s full ownership of its fleet, destined for taxi service in cities. Founded in 2014, the company is looking for a chief executive after the departure of its founder, Tim Kentley-Klay, last summer.