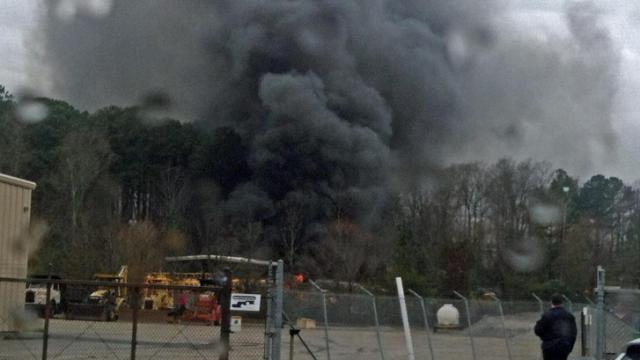 Around 1:30 p.m. crews responded to a vehicle fire at Clark Pavement Marking on Investment Boulevard in Apex. According to authorities, three trucks exploded and five were damaged.

The cause of the explosion has not yet been determined, but authorities said no one was injured.