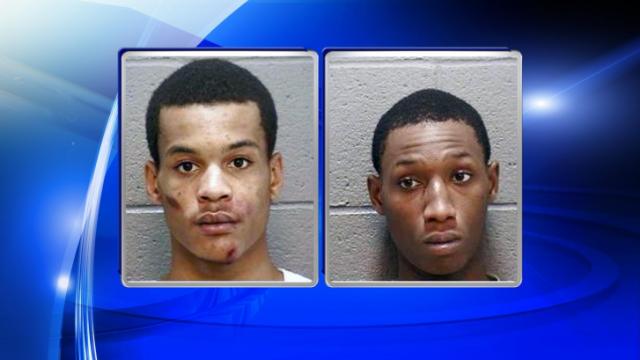 Police said they found the teens hiding in the bathroom of the business just after 5:30 p.m. The suspects were armed with guns and demanded money and shoes form the employees, according to police.

Naeem Deonte Jones, 18, Demonte Meadows, 18, and a 13-year-old were arrested charged and with robbery with a dangerous weapon, conspiracy to commit robbery with a dangerous weapon, two counts of second-degree kidnapping and assault by pointing a gun, police said. Meadows was also charged with possession of a stolen firearm and the juvenile was charged with possession of a firearm by a minor.

Jones and Meadows were being held in the Durham County Jail under $250,000 bonds. The juvenile was placed in a youth facility.