Three Percent Cash Back for a Few, and Less Debt for Many 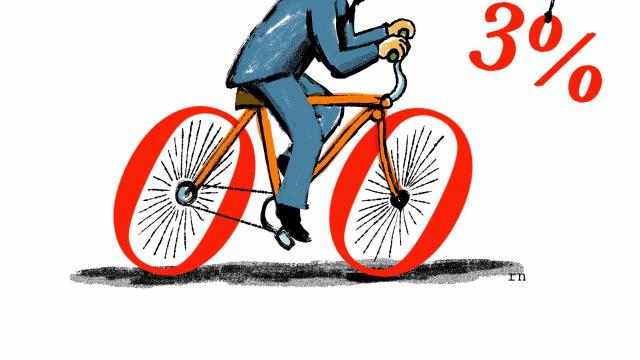 Zero says you can have it all.

That is the eyebrow-raising promise of the financial service that Zero Financial offers. After more than two delay-plagued years, it began serving its first customers from its 160,000 person waiting list Friday.

There are about a thousand reasons both to root for Zero and to be intensely skeptical.

Here’s how the system is supposed to work: You download the app, pass a credit check and get the card. Then Zero fixes everything that’s annoying about monitoring your spending.

Consider why your current credit-card-plus-checking-account setup can be so frustrating. Perhaps you have a primary credit card, but maybe you have others, too, for unique rewards they offer. You have to track the spending and due dates for each of them and tie all that to your primary checking account with reminder texts or emails. Turning on autopay can help, but if you run short of cash and switch it off, you can easily overdraw or miss payments or accidentally carry a balance.

Zero will try to solve this by working with two partners — WebBank to operate the credit-card machinery and Evolve Bank & Trust to maintain the checking account — and weaving them together with its app.

The app presents your “current position,” which is what you have in your Zero checking account minus the purchases you’ve made with the Zero credit card. It’s a sort of imaginary balance — Zero doesn’t really pay off your credit card until the bill is due, on the normal monthly schedule, and it does that invisibly so as not to mess up the “current position” mirage.

Zero will also cut you off if you try to make a purchase that would put that current position below zero. “We do that to encourage fiscal responsibility,” said Bryce Galen, the company’s co-founder and chief executive. “Typical banks want people to hold credit-card balances.”

This system may sound weird, until you grasp the other benefit Zero says it offers: generous cash-back rewards.

Zero sounds like a glorified debit card, but debit-card purchases go over financial networks that yield lower fees from the merchants. By sending purchases over the credit-card networks instead, higher fees come to Zero. And it can use those fees to give customers higher rewards — up to 3 percent cash back, a better deal than almost any credit card — without an annual fee or counting your spending only in particular categories.

There is, of course, some fine print.

Users have two ways to earn 3 percent cash back. If you spend over $100,000 per year, you earn the 3 percent reward and keep earning it for the rest of that year and all of the next year, until you requalify or fail to do so. If you can’t spend that much, you can also hit the 3 percent mark by referring enough of your friends to the system: four new people each year, but only if they set up direct deposit and zap their paychecks into a Zero account at least two times and make two purchases with the card.

A quick note to the card nerds out there: Yes, you can get cash from an ATM. Yes, it’s technically a cash advance on a credit card. No, you won’t have to pay cash advance fees. Yes, the ATM owner might charge a small fee. No, Zero is not paying that fee.

But let us consider this 3 percent offer and set it against the history of lofty — and often broken — promises here in cardland.

Zero’s business model is insulated somewhat by the fact that the vast majority of its users will almost certainly not earn 3 percent cash back.

Most people need an income of at least $250,000 to support $100,000 in annual spending. And as for those referrals, think about everything that has to happen to successfully make four each year.

You’ve got to be nervy enough to push cards on behalf of the company. Your friends and family have to trust you. Then, they must disrupt two vital systems in their financial lives, switching both their checking accounts and their primary credit card. Doing that involves rearranging automated transfers with all the entities that interact with those accounts each month: pushing in paychecks and other deposits, or pulling out bill payments.

For now, I’m not switching to Zero for another reason. It’s rolling out its service without having added features that, to me, are essential. Those include the ability to open a joint account, the ability to send a paper check or to deposit one via a mobile phone’s camera.

If the system hiccups or breaks down altogether, it will be a much bigger deal than if you can’t Venmo money to the kid who feeds the cat when you’re away.

Moreover, boffo rewards have come and gone, and the history books are filled with quirky chapters containing startup institutions like Perk Street and larger ones like Charles Schwab that could not even keep a 2 percent card rewards promise over the long haul. So I asked Galen to swear on a stack of iPhones that he would not reduce the 3 percent award anytime soon. He deflected my request. I shouted an audible “Booo!” over the phone.

He’d like to make the pledge, he said. But what if something happens that causes merchant fees to fall so far that the company could not stay in business while still offering 3 percent cash back? (It could happen. Merchants would like it to happen, in fact!)

“I think that users would want to see that Zero was in a position to be a dependable, long-lasting product in ways that other products haven’t been,” he said.

So will it succeed? Imagine the fallout if it does.

If big banks feel competitive pressure to mimic Zero’s system, they would have to start running billions of purchases that used to go over cheaper debit-card networks on the pricier credit-card networks instead. “Merchants would revolt,” said Ron Shevlin, director of research at Cornerstone Advisors. (They’d raise prices, too.)

Then again, by the time any such hypothetical moment would arrive, Zero would want to be more than a piece of plastic in your wallet and an app on your phone. Like most of the financial startups that have come and (mostly) gone since the dawn of the internet, it wants to become an omnibus financial service brand that replaces big banks once and for all.

That’s a big dream. One day, it just may come true for some company or another. And for now at least, Zero is going to throw a pile of rewards money around trying to achieve it.