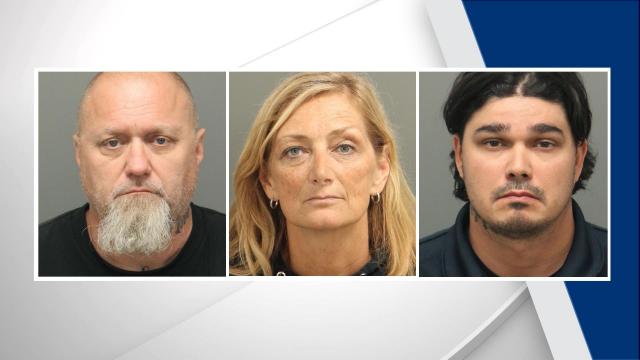 Garner, N.C. — Three people have been arrested and are facing charges in connection to an attempted robbery and assault in February.

Garner police said the arrests stem from an incident on Feb. 15 at around 11:15 p.m. at Locked and Loaded Grill at 305 McCormick St. in Garner. Search warrants were also executed at three different locations for investigators to collect evidence. The people arrested were: