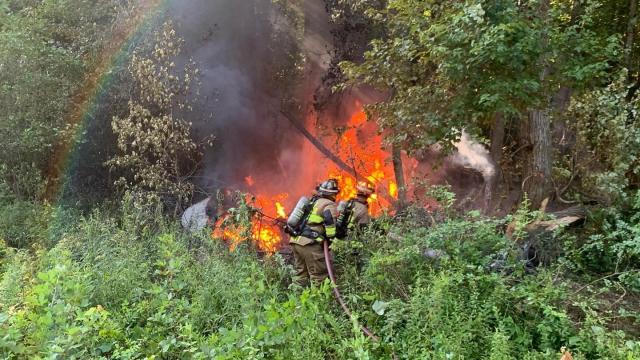 Gaston, N.C. — A car crashed into the woods and burst into flames on NC Highway 48 in Pleasant Hill, which is near Gaston, Sunday morning.

When Gaston emergency responders arrived to the scene, they found that some brush and some of the woods were also on fire.

They spent nearly two hours at the scene. One lane was closed on NC Highway 48 while crews were working.