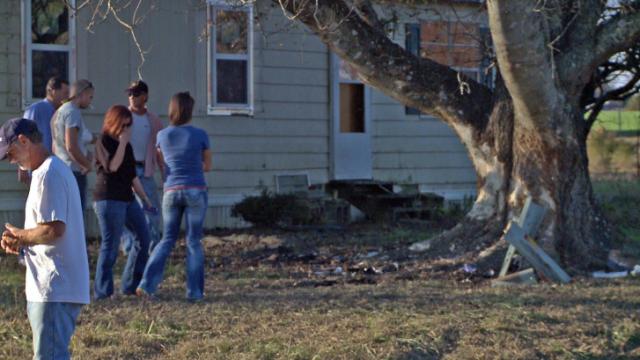 Lillington, N.C. — Authorities said they believe alcohol was a factor in a wreck that killed three people in Harnett County early Sunday.

The wreck happened on Neills Creek Road near Buies Creek in Lillington around 2:30 a.m.

The State Highway Patrol said the pickup struck a tree and appeared to have burst into flames.

The driver, Shane Mitchell Garner, 23, of Coats, and passengers, Austin Stewart Ferrell, 20, of  Buies Creek, and Casey Dell Edens, 16, of Lillington, were killed.

Edens was a junior at Harnett Central High School.

The two remaining passengers, Autumn Ashlyn Zimmer, 17, and Marina Troyano, 17, both juniors at Harnett Central High and from Fuquay-Varina, remain at WakeMed. Zimmer was in serious condition Monday, and Troyano was in fair condition.

Friends and family members gathered Sunday to remember those who were lost in the crash, and to pray for those still recovering.

"It's hard. It's really, really hard," said Bethani Jimenez, a friend of the victims. "I couldn't believe it. I mean I called Shane to see if it was real and he didn't answer and I texted him and he didn't text me back. I knew it was real."

Lillington police said they believe the vehicle lost control after speeding through a license check point on U.S. Highway 421 near Campbell University.

The wreck remains under investigation.