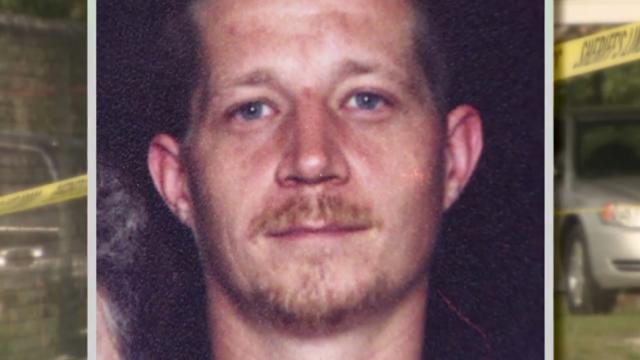 Fayetteville, N.C. — In two bursts of gunfire, Andrew J. Michaelis fired more than 60 rounds from an AR-15 rifle into a mobile home Wednesday morning where his estranged wife, 13-year-old son and other family members were inside.

When Michaelis returned to the home a third time, Cumberland County deputies were inside, tending to two family members struck by bullets. Michaelis then fired more rounds into the home.

One deputy was struck in the chest, back and shoulder.

"He's doing great at this time, even though he's in ICU," Cumberland County Sheriff Earl "Moose" Butler said. "His vital signs are good, and we're real happy about that."

Michaelis also fired at deputies outside the home. One bullet deflected off a deputy's utility belt. Another grazed the head of a third deputy. A state Trooper suffered a minor shrapnel wound after gunfire shattered the window of his cruiser. None were seriously injured.

Butler did not release the names of the three deputies during a Wednesday afternoon press conference as he detailed the early-morning shootout.

"He was prepared to do some damage"

The chaos that erupted inside Crystal Springs Mobile Home Park, located near Hope Mills, began four miles away at Michaelis' home on Bramblegate Road at about 7 a.m.

There, Butler said, Michaelis attacked his estranged wife, Valerie, with a knife and a gun. She was able to get the gun away from him, then escaped to her father's home on New Moon Drive.

As deputies responded to Bramblegate Road, they were rerouted to New Moon Drive, where Andrew Michaelis' was standing outside the home of Valerie Michaelis' father, shooting into the residence.

"He was just firing at random, just spraying the trailer," Butler said. "And the (bullets) were going all the way through."

Valerie Michaelis and five others were inside.

Andrew Michaelis knew his son was in the home, where he spent the previous night, Butler said. The teenager was there to escape his parents' arguing, said Ronnie Mitchell, legal council for the Cumberland County Sheriff's Office.

"He could've just been reacting to the anger about the whole domestic situation," Mitchell said. "We don't know who he was intending to kill. But it's pretty clear, if you go inside the modular home, the bullets are riddled through the entire place. (The AR-15) is a very powerful weapon, and it was discharged repeatedly."

Gary Simpson, 61, Valerie Micheaelis' father, was shot and killed in the living room.

Simpson's grandson, 10-year-old Trekwan Covington, was shot and killed in a hallway.

Dominic Nickerson, Simpson's grandson, said he was inside the home when the shooting started and that his grandfather returned fire before he was killed.

"My grandpa, like somebody is supposed to do, was just trying to protect his family," he said. "My grandfather started shooting back. Next thing I knew, my grandfather was shot. He was hit, just gone."

"I looked out the window and noticed a guy unloading a clip into that trailer next door," he said. "We stood outside a little bit to make sure everyone was alright, and then he came back and unloaded another clip at the same place."

Andrew Michaelis shot at deputies as they pursued him through the mobile home park and into nearby woods, where he was killed.

What deputies found inside Andrew Michaelis' truck indicated that he was prepared to do battle, Butler said.

Butler could not confirm if Andrew Michaelis was killed by deputies or died of a self-inflicted gunshot wound. That determination will be left to the medical examiner's office, Butler said.

Andrew Michaelis served in the Army and was discharged in 2003. Butler couldn't say if he was honorably discharged.

Andrew Michaelis has no violent criminal history, and has only been in trouble for driving infractions, including a DWI conviction in 1994, according to state court records. He has had no criminal charges in North Carolina since 1999.

Other than Wednesday's call, there have been no other domestic calls to Andrew Michaelis' home, Butler said.

"We've had some bad situations, but I say this is one of the top five," he said.

One of the most dangerous situations

Coincidently, Butler was discussing officer-involved shootings during a N.C. Sheriff's Association meeting in New Bern when he was informed of the incident.

"It's just getting to be an ongoing thing," he said. "There's just so many of them. It's being prepared to meet the situation and protecting yourself as well as those you're trying to protect. It's a situation real dear to me right now."

One of the the most dangerous situations a law enforcement officer encounters is a domestic dispute, Butler said.

"It's one of the most dangerous because when an officer arrives, they don't understand what's happening other than it’s domestic violence," he said.

During a domestic dispute, officers often arrive at a scene where emotions are already high, said Sgt. John Guard with the Pitt County Sheriff's Office.

Guard, who was not at Wednesday's press conference, is an expert on domestic violence investigations.

"If you go back and look at (domestic violence) deaths, the overwhelming majority of these cases were when the victim has left or was planning to leave the situation," Guard said. "When people commit their mindset to do something (like Wednesday's incident), it really doesn't matter who's there."

While Andrew Michaelis doesn't have any violent criminal history, that doesn't mean there weren't signs of trouble, Guard said.

"Just because there's not reported history doesn't mean there's not a history," he said. "People typically don't enter the criminal justice system at murder. Something happened leading up to that. It could be threats, it could be stalking behavior. It could be any type of actions. Of the cases that I've been involved in, when you look at them postmortem, the indicators jump out at you."

Butler said Wednesday's incident reminded him of the last time a Cumberland County deputy was killed in the line of duty.

"Anytime you hear an officer shot, whether they shot at one of your officers or someone else, you have a strange feeling because you know families are being torn apart," Butler said.

The State Bureau of Investigation is investigating Wednesday's incident, which is standard in officer-involved shootings.