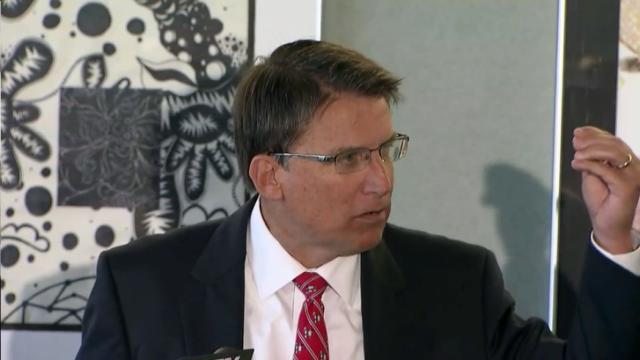 Raleigh, N.C. — The General Assembly overstepped its authority when it created independent commissions to oversee a trio of environmental issues, a three judge panel ruled Monday in a suit brought by Gov. Pat McCrory.

McCrory, along with two prior governors, had filed suit, saying that lawmakers had infringed on the chief executive's constitutional prerogatives when it created independent commissions to govern the cleanup of coal ash as well as oversee drilling for oil and natural gas and a third commission to oversee mining operations.

"This historic and unanimous ruling respects and restores the separation of powers," McCrory said in a statement. "I'm proud to stand up for our Constitution and the citizens of North Carolina. I'd like to thank former Governors Jim Martin and Jim Hunt for joining me in this effort to protect the principles of our state."

In a joint statement, Senate Presidnet Pro Temp Phil Berger, R-Rockingham, and House Speaker Tim Moore, R-Cleveland, said they were "disappointed" and will appeal the decision.

"The trial court's new interpretation of the constitution represents a dramatic shift in the historical constitutional balance between the three branches of government, with implications reaching far beyond the three independent boards named in the lawsuit," read a joint statement by the two legislative leaders.

McCrory said he is still reviewing the ruling and its impact on state government. If it were to stand, the decision would require at least some reshuffling of two high-profile commissions.

Lawmakers appoint members to dozens of state boards and commissions, and Monday's ruling has the potential for sweeping consequences in state government. However, for the time being, the judges focused their decision on three independent commissions.

"We hold that each of the three challenged enactments of the Legislature at issue in this case violate Section 6 of Article I of the Constitution of this State," wrote the panel, made up by Superior Court Judges Wilton Duke, Yvonne Evans and Howard Manning.

Specifically, the three judges said that the legislature violated the separation of powers doctrine that divides different responsibilities between the branches of government.

The panel said the legislature also overstepped its authority when it forced McCrory to issue executive orders implementing the Coal Ash Management Commission, which was created to oversee the clean up of the material leftover after coal is burned for fuel.