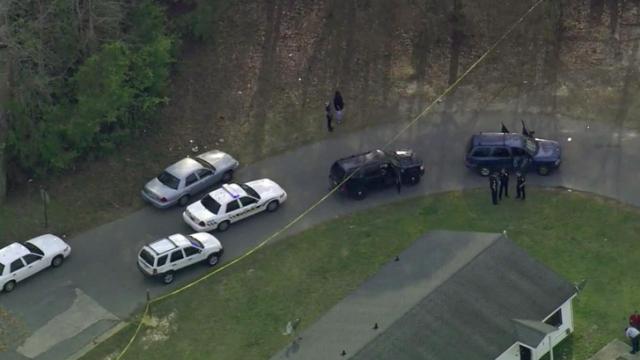 Officers responded to the area at about 4:30 p.m. after a fight escalated into a shooting at an apartment complex.

Investigators said a pregnant woman was shot in the leg by a man after a squirt gun game turned into a fight.

The woman's boyfriend learned of the shooting and shot the suspect. A third person was injured in the second shooting, police said.

No serious injuries were reported, and both men were taken into custody. Authorities have not released the names of the people involved.