Family members say that Konye Melvin, 16, and his cousin, Marquez Melvin, 19, died after a person entered the home and fired a weapon at around 5 a.m.

Their relative, Nicoda Melvin, 21, was killed on Sunday in a similar shooting. She was shot and killed in a home on the 1100 block of Southern Avenue in Fayetteville.

Officials are investigating to see if Wednesday's shooting at the 1100 block of Charlie Drive is related to Sunday's shooting. The two shootings took place at homes around 7 miles apart. 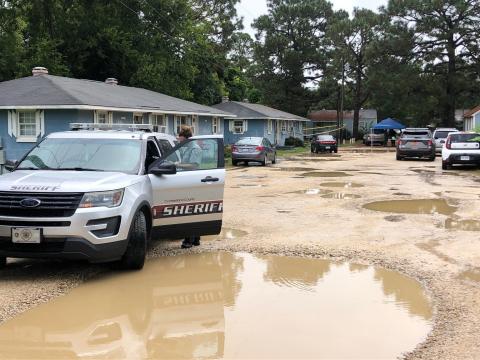 Another member of the family, Maurice Melvin, 19, was transported to a hospital early Wednesday morning and is in critical condition. A fourth gunshot victim was not named, but officials said his injuries were not life-threatening.

"They've been together with each other every night," Tiana Melvin said. "They were taking it pretty hard."

Anyone with information about the shooting is asked to call Cumberland County Sheriff's Office Senior Sgt. R. Quick at 910-677-5503 or Crime Stoppers at 910-483-TIPS.