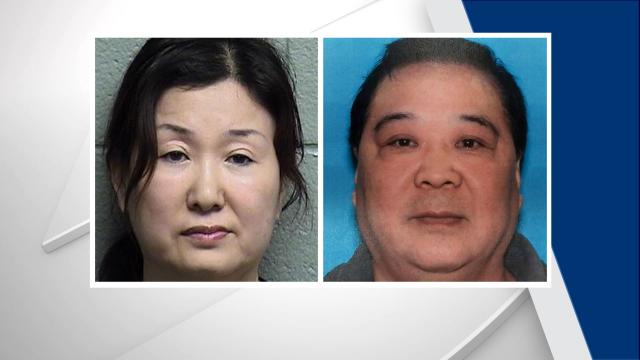 Durham, N.C. — Durham County deputies have arrested a woman and are searching for two men following a nine-month investigation of a Durham massage parlor.

Investigators responding to a human trafficking complaint involving several North Carolina jurisdictions were tipped off last July that sex acts could be obtained for a price at Neon Moon Spa, at 2945 S. Miami Blvd.

Police, regulators try to keep up with illicit massage parlors

A search warrant returned Monday described how investigators staked out Neon Moon numerous times since last July, questioned men who patronized the spa and sent undercover officers inside to determine if sex was being offered for a price.

Patrons told authorities they paid $70 for a massage and then more to engage in sexual contact, and the undercover officers were also propositioned, according to the search warrant.

Xu operated Neon Moon, and Li owns the spa, according to authorities.

Li was arrested by Apex police in 2017 and charged with promoting prostitution and running a criminal enterprise. Court documents say he has ties to the Chinese mafia and is known for bringing women from New York to the Triangle to work in the sex trade.

Investigators seized $4,000 in cash and documents from an apartment in Cary, according to the search warrant.

More arrests are pending in the ongoing investigation, authorities said.

Anyone with information about the case or who suspects similar activity at another location is asked to call Durham Crime Stoppers at 919-683-1200 or the Durham County Sheriff’s Office at 919-560-7151.