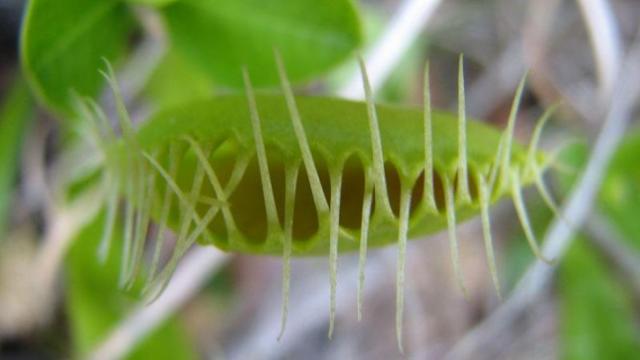 Kasey Gerald Whaley, Joyce Zarol Whaley and Elizabeth Ann Whaley, all from Shallotte, are accused of trying to steal 200 of the protected plants from The Nature Conservancy's Green Swamp Preserve on Monday. Stealing the plants without the landowner's consent is a Class 2 misdemeanor.

Debbie Crane, a spokeswoman for the Nature Conservancy based in Durham, said Venus flytraps are common targets for poachers.

"There are just some people who always want to do something illegally, and what we've found is that, in general, the people poaching these plants, their fathers poached," Crane said.

Though Crane said the black market for the plants is appealing to buyers, it's not especially profitable for poachers. The Venus flytraps are illegally sold for prices as low as 10 cents a piece.

They are small, Crane said, but they have science fiction appeal.

"I think people are a little disappointed when they see them because they are so small, but they are very beautiful and truly amazing," she said.

North Carolina is working to preserve the plants by protecting them under state law and growing them at the botanical gardens in Chapel Hill.

"There may be uses for the Venus flytrap that we haven't even thought of yet," Crane said. "It's so important that we keep them going."

The plants that were uprooted at the swamp preserve were all replanted, and are expected to survive.

"Life and nature are so amazing," Crane said. "Anytime you lose a piece of that, you lose all prospects."