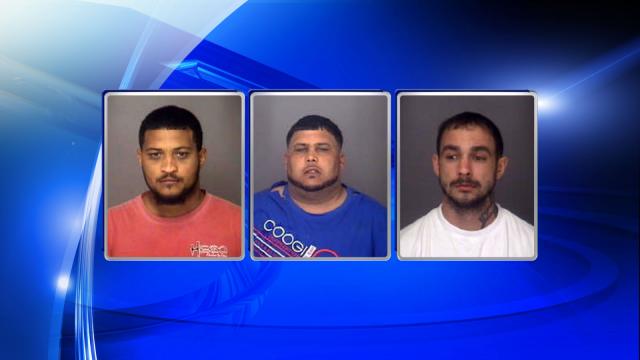 Maxton, N.C. — Three men were arrested over the weekend in the shooting death of a Maxton man, authorities said Monday.

The body of Gregory Locklear, 41, was found Friday morning in some woods off Alma Road. Authorities said Locklear had been shot and died several days earlier.

Stephenson Lewis Locklear, 23, of 2862 Oxendine School Road in Maxton, was arrested Sunday and charged with first-degree murder. He was being held without bond in the Robeson County jail.

Mark Elliott Smith, 26, of 516 N. Vance St. in Red Springs, and Michael Keith Locklear, 31, of 1295 Modest Road in Maxton, were charged with accessory after the fact of a felony.

Michael Locklear also was charged with attempted murder and discharging a firearm into an occupied dwelling in a Saturday incident at a home on Inez Drive in Maxton. Investigators said he went to the home looking for Stephenson Locklear, got into a fight and later returned and opened fire on the house.

Michael Locklear was being held in the Robeson County jail under a $1 million bond, while Smith's bond was set at $5,000.

Authorities didn't release other information about the case, such as a possible motive for the shooting or whether any of the Locklears are related.