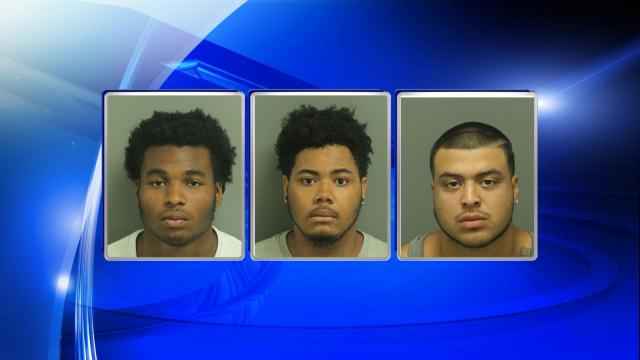 Police are continuing to investigate Gregory's death, but said they did not believe it was a random act.

According to police, Gregory was in a car with some friends outside Howie's home Friday night when the people in the car exchanged words with some people on the street. Someone then fired shots into the car and hit Gregory, police said.

Jones is charged with firing the shot that killed Gregory. Police believe Chavez provided the gun and that both he and Howie helped hide it, according to warrants for their arrest.

Gregory's friends tried to drive him to get help, but ultimately realized how badly he was hurt and called police.

"I saw all of them was out here, and they were having a lot of commotion that he was dead," said Leo Brown.

But he didn't stop to help.

"I took off because you never know where the bullet is going to come from," Brown said.

"I don’t know why somebody would do something like this to a 13-year-old,” said Gregory's stepmother, Daysha Mitchell. "That boy had his whole life ahead of him. It’s just so sad somebody took that life away.”

Those who work with at-risk youth say the criminals and their victims keep getting younger.

"I try to stay away from these young people," Brown said. "Ethics, morals, somebody ain't teaching them nothing. And the respect factor is gone."

At Haven House, non-profit whose goal is to support young people who may be at-risk, Patricia Cardoso said she is seeing children referred that are 7 and 9 years old.

One key, she said, is keeping kids busy with productive activities.

"He had high character," coach Anthony Brown said. "He shared his dreams with me. He really wanted to do something more out of life."