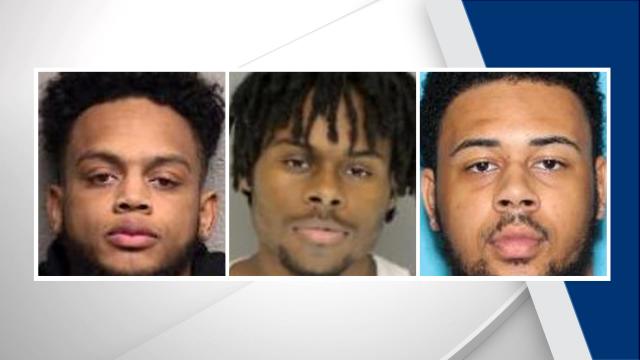 Officers were dispatched to a robbery call at an apartment in the 5100 block of Copper Ridge Drive shortly after 11 p.m.

Witnesses told police that several men with their faces covered and armed with guns entered the apartment and robbed six people inside of cash, wallets, electronic devices, five pairs of Air Jordan shoes and other items. No one was hurt in the incident, police said.

A short time later, officers recovered two guns and some of the stolen property from a vehicle on Newcastle Road.

Malik T. West, 25, Terrance T. Hocutt, 20, and Kyle Brown, 20, all of Durham, have each been charged with six counts of robbery with a dangerous weapon and six counts of conspiracy to commit robbery. All three were being held in the Durham County jail under $750,000 bond.