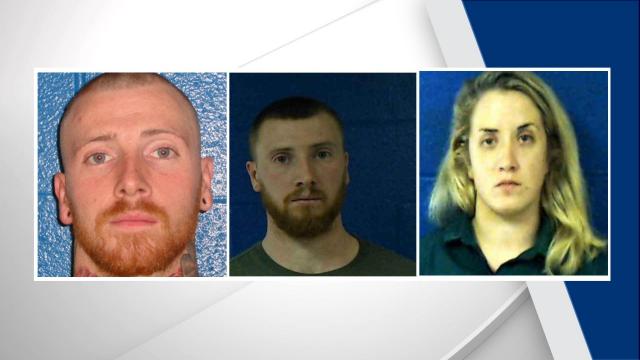 Nashville, N.C. — Nash County deputies announced Tuesday that three people have been arrested and are facing charges in a shooting on Jan. 23 that sent three others to the hospital.

Deputies responded on Jan. 23 at 9:30 p.m. to the parking lot of Ramo's Pizza on Westmount Drive to a report of several people being shot. Three people, Dustin Wheeler, 26, Travis Evans, 31, and Courtney Starling, 27, were found with injuries after being shot. They were transported to the hospital for treatment.

Investigators determined the incident actually occurred in Farmington Hills Mobile Home Park on NC 97. The victims were leaving the mobile home park when they were shot. The victims drove themselves to Ramo's before calling 911. After a thorough investigation, the arrests were made.

Officials said Donald and Ronald Bridges are brothers. Jessica Bridges is the wife of Donald Bridges. They said the shooting happened due to an on-going family dispute.