Thousands gather in Raleigh to walk for mental health awareness

Raleigh, N.C. — Thousands of people gathered in Raleigh on a cloudy Sunday morning to raise awareness for mental illnesses.

Now in its 31st year, Walk for Hope has helped to raise millions of dollars for research on illnesses like depression, bipolar disorder, PTSD, postpartum depression, schizophrenia and anorexia. Funds from the event go to research efforts working to find cures for mental illness and to local projects that help people suffering from mental illness.

Van Eure, a Walk for Hope organizer, said the event was created by Angus Barn employees to honor her father after his death.

The event started as a walk of 130 people and has turned into a 5K and festival with over 3,000 participants.

"We started with a walk from Angus Barn to 42nd Street Oyster Bar, then it turned into a 10K, and now we've decreased it to a 5K and festival," Eure said. "We wanted there to be no reason why someone couldn't come."

Sunday's 5K walk and run started with a prayer, national anthem and pigeon release at the Angus Barn at 10 a.m. and was followed by a festival.

Jack Cantando, age 10, told WRAL Walk for Hope is a tradition for his family. 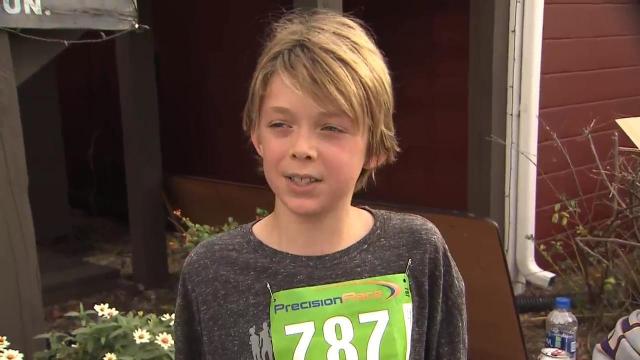 "It makes me feel great...I know a lot of people with mental illness, and I want to make sure other people don't get it," he said.

Eure was excited about the turnout. "There's a lot of stigma around mental illness, it's not publicized a lot," she said. "It makes me feel unbelievable [to see so many people here]. I am so proud beyond words."