This radio segment asks listeners to guess the race of criminals 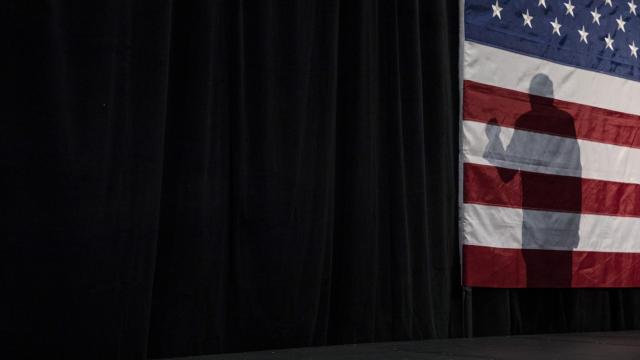 In return for a sex act, she wanted $5 and a Beanie Baby bear, according to a police report.

Is she black? Or is she white?

That's a question that a Tampa Bay radio duo posed to their listeners as part of their ongoing radio segment, "Black or White." Every weekday at about 4:40 p.m., they prompt listeners to call and guess the race of a person accused of a crime.

They choose stories with outrageous headlines, avoiding ones where someone was seriously injured or died. In a tense national atmosphere, they've crafted a segment that combines crime, humor and race.

The woman, by the way, was white.

Their radio names are Buckwheat and Stiffy, but their real names are Broderick Scott and Kevin Cummings. The pair call themselves the "Nuthouse," and they've worked for radio station Wild 94.1 (WLLD-FM 94.1), which has an office in St. Petersburg, for more than 17 years. Federal Communications Commission spokesman Will Wiquist said the organization does not have any complaints on file against the hosts or the segment, which began in 2014 and has been embraced by listeners.

Scott is black. Cummings is white. They say the segment is a way for people to be honest about the stereotypes they have about the two races, see how wrong they can be and get a laugh. For the past three years, they have highlighted stories like a Pinellas Park man walking into a Dunkin' Donuts shop and trying to buy a cup of coffee with prescription pills (he was white), or a man who stuffed money into a body cavity to hide it from deputies (he was black).

The purpose of the segment is to have fun, Cummings said.

"If people go into it right off the bat, kind of closed-minded, then they're going to be offended by it," Cummings said. "We're taking just a crazy, outrageous, true story and not making fun of what race they are, we're making fun of how dumb they are."

The idea was born three years ago when Cummings read a news article with an outlandish headline.

"The end result was me being shocked that it wasn't what the normal stereotype was," Cummings said. He read it to Scott.

Do you think the guy is black or white? he asked. Scott was wrong.

You could see his eyes just light up, Scott said. He knew what Cummings was thinking.

Cummings said they use the segment as a way to disprove stereotypes.

"When you can see how wrong you can be when you actually stereotype, maybe this bit can help people stereotype less," he said, adding: "And we're doing that in a fun way."

Andrew Messina, 28, has been listening to the station since he was in high school. The Zephyrhills resident says it's the chemistry between the hosts and the presentation of the segment that make it his favorite.

"Crime is never funny, but they have a way of making it funny," said Messina, who is white. He's guessed wrong more times than he can count, but said he's never been offended by it.

"It just totally throws everybody off" when the answer isn't what he expects, and all of the callers also get it wrong.

The game is a version of stereotypes that people talk about anyway, Scott said.

"This is stuff that you've done with your friends, in a phone conversation with your girlfriend, with your homeboys," he said.

He uses a website called Clumsy Crooks to find stories to feature. Scrolling through, he points out words in headlines that could lead people to make assumptions. Someone who was arrested for filling their roommate's water bottle with toilet water? People might assume it took place at a college or university, which could lead some to believe the suspect was white.

A man who robbed a Target while wearing a Pokemon backpack? People might assume Target has a white customer base, and Pokemon has a white fan base, Scott said.

Program director Orlando Davis said they treated the segment like every idea; If it's good, they would keep it going. If they received a lot of complaints, they would pull it.

He remembers getting a couple of calls when it first aired. So he asked the callers to listen to it again with an open mind.

"Just because you discuss race, doesn't mean it's a negative," Davis said. "Every story's different, and their approach to every story is different."

Davis credits the success of the show to the two hosts.

Now they've become one of the top-rated shows on the station, Davis said.

"It wouldn't work in some other places, but it works here," he said.

Katheryn Russell-Brown, director of the Center for the Study of Race and Race Relations at the University of Florida, said the segment raises questions about how people view race.

"What does it say that we are having conversations associating people by race, with crime?'' she said. "That's telling us that we accept that we see white criminals a certain way, and black criminals another way."

Russell-Brown, who is black, doesn't find the segment outrageous, but is interested in whether listeners are questioning the stereotypes they hold, or if the segment reinforces the ones they already have.

"It's not clear to me that it's helpful, but it certainly does shine a light on the fact that we do hold race-based stereotypes around criminals and offenders. We do," she said. "Because otherwise the program wouldn't work."

It brings up the issue of implicit bias, which is the way stereotypes affect decisions and actions in an unconscious manner, she said.

Alexis McGill Johnson, director and co-founder of the Perception Institute, said humor plays an important role in talking about race.

"It does open up our minds to see something a little bit different than we did before," she said. But her concern, like Russell-Brown, is whether listeners are actually changing their minds. Stereotypes are shortcuts to help process information about people, she said.

But as a person grows older and an environment reaffirms those ideas, "It becomes very difficult to change what you believe to be true about someone."

When she picks up her son from school, Anitra Smith has her radio set to 94.1.

Since August, listening to "Black or White" has become part of their routine. Sometimes they don't leave the car until they hear the answer.

"I'm not offended by it at all," said Smith, who is black. "I don't think that they're reinforcing stereotypes. They're already out there."

It's also a way for her to check if her son is harboring stereotypes or is the victim of one.

But the hosts realize it would be impossible to make everyone happy.

They've had callers tell them they believe the game is racist based on the name, and have heard the occasional complaint that they shouldn't be talking about race this way, Cummings said.

"Things can be deeper than a title," he said. He encourages people to be more open-minded and to think about how the show can change the stereotypes they hold.

Davis said the duo is No. 1 when it comes to their targeted demographic, women aged 18-49.

"I feel very comfortable with it," he said. "As long we keep them happy, we're good."