This Judge Has a Mission: Keep Defendants Alive 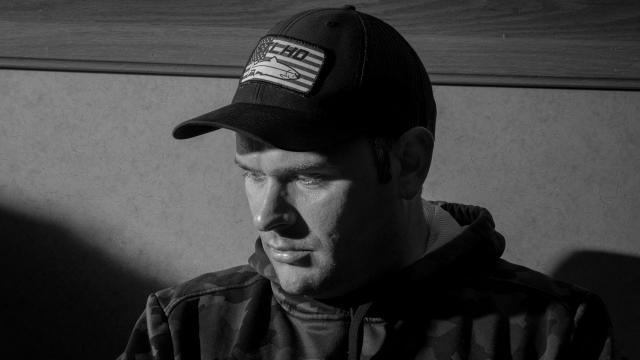 BUFFALO, New York — There are two kinds of defendants who enter Judge Craig D. Hannah’s courtroom: Those who stand on the far side of the bench to have their cases considered in the usual way, and those invited to step closer. Close enough to shake the judge’s hand or shout obscenities in his face, depending on their mood that day.

Both kinds are facing criminal charges, but those in the second group have volunteered to take part in an experiment where the primary goal is to save their lives. Arrested for crimes related to addiction, they are participants in what is believed to be the nation’s first opioid court.

Unlike typical drug courts, which can end in punishment if defendants relapse, this one recognizes that failure is part of the recovery process.

Its measure of success — preventing death — is arguably a low bar. Then again, few initiatives have made much of a dent in an epidemic that is killing more people each year than car accidents do. The criminal justice system may not be the ideal place to address addiction, but the reality is that it is a place where drug users are a captive audience. And the court, by linking with nonprofits, offers treatment for those who could not otherwise afford it. Court systems around the country are watching Buffalo as a potential model.

Participants are required to appear daily before Hannah, who was himself once addicted to drugs. “I’m going to be your new best friend,” he tells them. “So I’m going to start calling you by your first name from now on. See you tomorrow. Keep up the good work.”

Michael Marcinkowski’s right leg twitches nervously. He’s high again. When his name is called, he walks nervously toward Hannah until he can no longer avoid looking him in the eye.

“What’s going on? This doesn’t look too good,” the judge says. “This is twice in a week, right?”

Michael, 21, avoids a direct answer. “I’ve been going to a meeting every day. After the third day, I relapse.” Hannah scans the file and begins speaking, as if to himself. “Did I misread it? Because I went to a public school. I want to make sure I didn’t misread it.”

The room goes quiet. The young man fidgets. A bailiff is breathing over his shoulder. “See that tall gentleman behind you?” the judge says. “I’m thinking about keeping you.”

During a break, Michael says he sets a timer every 15 minutes to interrupt his urge to use. “From midnight to 6 a.m., I’m screaming.”

But the judge’s options are limited: A locked inpatient treatment center or the Erie County jail. “You may not like that kind of help,” he says, telling him to come back tomorrow, clean.

Hannah is a generation older than most of those who appear in his court. He was once hooked on cocaine, but stopped using drugs in his early 20s.

In court, he does not speak in legal jargon. The defendants are his peers. He talks about the Bills, the city’s popular football team, or the cold weather. He asks them how they are feeling, how he can help. He does not hurry anyone along.

Friends ask him why opioid users, who are largely white, get gentler treatment than crack users, who were disproportionately black, did in the 1980s.

“I think we learned,” says the judge, who is African-American. “We locked up a generation of young black men, and then when they get out, they are dumped back in a community with no marketable skills. This time, people realized that this ain’t just affecting the boys in the ‘hood anymore.”

His own addiction ruined his chance to become a Marine Corps officer. The night before his military physical to begin officer training, he used cocaine because, he said, “I figured I could never get high again.” He didn’t count on being drug-tested that morning. He walked out before the results came back.

“There’s a shame in addiction. That’s one thing we have to remove. Part of recovery is telling people that the only difference between you and them is time.”

He presides in a city where the number of opioid overdose deaths, already high in 2015, more than doubled in 2016, to about 300.

But aside from force of personality, he has few tools at his disposal. If defendants continue to use, they are returned to criminal court to face their charges. If they agree to treatment but no beds are available, they have to wait. No one can be required to take medications that would help quell their addictions. But if participants complete the program — which generally means going 60 days without drugs — they have a good chance of having their charges reduced or dropped altogether.

Since the project started in May, only one of its 92 participants has died from an overdose. It is too early to tell if the others will stay clean.

Hannah acknowledges that the powerful opioids available now are far more ruthless than the drugs of his youth. “This substance is a monster. It releases all your pleasure receptors all at one time. If the birth of your baby is an 8, and the best sex of your life is a 9.5, the first shot of heroin is a 4,000.”

Nicholas Schuh, 25, says he believed opioid court would be a waste of time. The alternative, though, was a painful detox behind bars. He had not been clean since age 15, when he started by stealing his mother’s prescription painkillers. Though he had pledged to avoid shooting up, he eventually cajoled his brother, a heroin user, into injecting him. “I told myself, if I ever shot up, my life would be over.”

He says he lost 10 jobs in a year. He crashed his car. He stole so much that one of his younger brothers finally installed a deadbolt on his own bedroom door. Nicholas overdosed twice; once, he left the hospital to score again.

He was not a fan of Hannah, who thought Nicholas’ best hope was to check into a locked inpatient treatment facility, where rules are stricter than in many jails. “I wanted to say, ‘Did you go through inpatient?’ He’s never done that,” Nicholas said. “I felt I was being pushed into a corner.”

But something finally clicked. He now receives an injection of Vivitrol, a drug that blocks opioid highs, every 30 days and has become a Christian. “He has truly saved my life,” he says of Hannah. “We have a relationship. So it isn’t like going to see a judge you’re scared of.” He pauses, surprised by his own words. “I look forward to seeing that man every day.” _____

Last month, when Justin Schmidbauer’s best friend died of a heroin overdose, his thoughts turned to getting high, threatening his nearly three months of sobriety.

His life these days is spent seeking distractions from the urge to use: hanging out with his 11-year-old daughter, going fishing, attending 10 Narcotics Anonymous and Alcoholics Anonymous meetings a week.

Justin, 36, refuses to use medications like Suboxone that help curb addiction and save lives. He views a drug-free recovery as a way to win back lost self-worth.

Instead, when he gets a craving for heroin, he mentally plays what he calls “the tape of consequences.” If he gets high, the tape goes, “'Yeah, for five minutes I feel OK, but everything I’ve worked for is gone.'”

In court, Hannah says he heard about the death of Justin’s friend. “I was thinking about you, but the rules are I can’t contact you outside court,” the judge says. (To maintain impartiality, judges cannot speak privately with one side of a case, except through a lawyer.)

Weeks later, Hannah announces that Justin has successfully completed the program. Justin’s charges, four counts of drug possession, are reduced to a single, noncriminal violation. His fellow defendants give him an ovation. He is on top of the world.