'This isn't a day to celebrate'; Fourth of July protests pop-up across the Triangle

Raleigh, N.C. — At least half a dozen protests across the Triangle popped up on July 4. Protesters were rallying against racism and in support of the Black Lives Matter Movement.

After an afternoon of protests popping up at locations across Raleigh, another group of around 200 protesters gathered at the governor's mansion around 7:30 p.m.

The demonstration started with a press conference at the State Capitol. The group then combined with protesters from N.C. BORN, who had been actively protesting all afternoon. Protesters said the entire group is expected to start marching together.

Protesters were calling for justice for families whose loved ones died at the hands of police officers.

Protesters gathered at busy locations around Raleigh on Saturday, holding signs reading "Veto SB168" and "Black Lives Matter" and chanting names like Akiel Denkins and Keith Collins, both of whom were killed by Raleigh police officers.

Organizers said it's their way of getting people in public to know the names of people killed by the Raleigh Police Department. 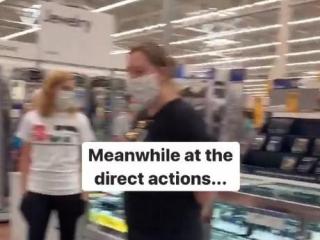 Lauren Howell, one of the group's organizers, said the organization feels the Fourth of July held special symbolism. She said, "Our country has not followed through on its promises of liberty and justice for all."

Howell said the group's two main priorities were Senate Bill 168, which would keep some details of death investigations secret, and justice for families.

“Because we feel that these families have now become a part of our community. We see their hurt, we see their pain. Even if we see SB168 vetoed, but Kyron Hinton’s mother, Keith Collins’ mother, if they don’t have justice, then we’re not really doing what we’re out here to do," said Howell.

N.C. BORN is just one of many groups of protesters that have been active in the past week. Saturday marked the sixth consecutive day that protesters have occupied the area.

On Thursday, Raleigh police arrested at least 20 protesters who were blocking traffic on Capital Boulevard downtown. 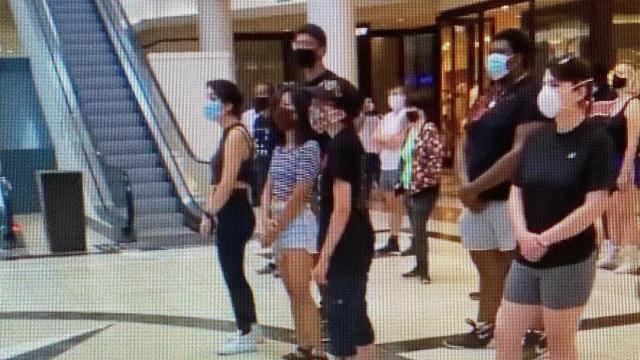