This Is Us recap: Season 3 finale offers first glimpse of 'her' 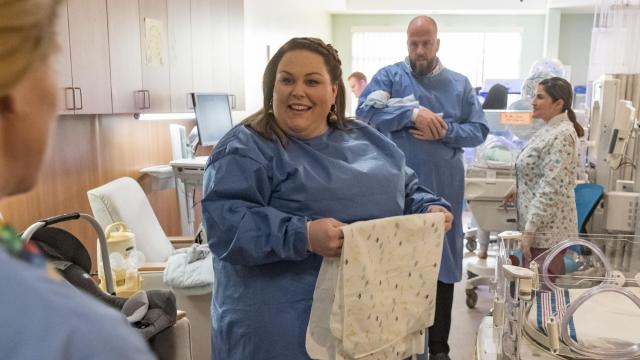 A flashback and (more importantly) a flash-forward were two of the main focuses of last night's season 3 finale of "This Is Us."

After their blowout, things are pretty tense at home - even Tess and Deja are picking up on it. Beth and Randall find a second away where they apologize for some of the meaner things that were said, but Beth says that she is unsure if they can find a way out of this, leaving Randall looking both terrified and horrified. Cue Deja. 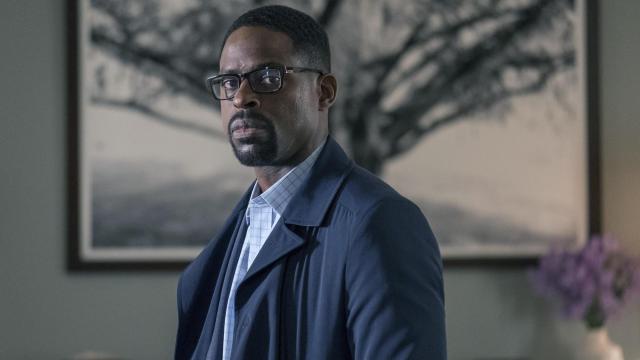 Deja says she has a debate meet in Newark, and Randall says he will drive her. After some time in the car, the two end up in a not-so-good neighborhood, with no school or debate meet in sight. When Randall asks where they are, Deja tells him he's not the only one who can make someone take a drive to give a speech in a meaningful location.

Deja tells him they are at her old foster home where the parents made the kids go hungry so they could buy scratch-off tickets. She says one time she stole a ticket, and she and the other kids would dream of burgers and fries (and chocolate frostys for dipping) if they ever won. They did not.

This is Deja's point. Most people don't win. But Randall has won, twice. Once, when he got adopted and again when he met Beth. She pretty much tells him to get it together. Thank you, Deja. 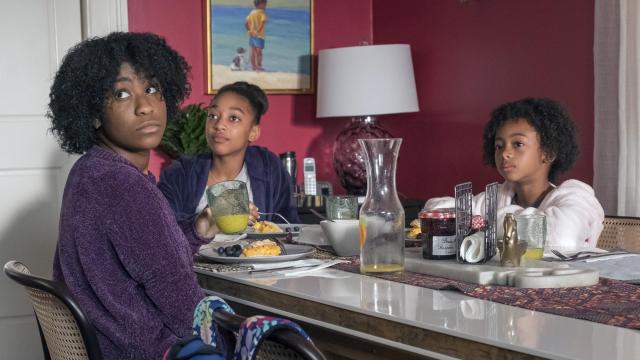 Randall calls Jae-won and gives him a heart attack by asking what would happen if he were to resign. Thankfully, we soon find out that Randall will not be resigning because Beth has a solution to the couple's problems. The family is moving to Philadelphia.

Beth secretly meets up with a realtor to look at some places to open her own dance studio. She realizes her dream is to have her own space and run it the way she wants to. Of course, buying a space to do that means the family will have to scale back. But at this point, I don't think there is anything this family can’t do.

And as one relationship is on the up and up, another is ending in heartbreak.

In an earlier episode, we saw Kevin and Zoe talk about a life together without kids, but after spending the day with their nieces, it is clear Kevin made the wrong choice and wants a family. Even Zoe says that, but her mind is made up.

Kevin talks to her about how his mom at first didn't want kids either, but then she changed her mind. Once the two get home, they have the hard conversation. Zoe knows that Kevin wants to be a dad and ultimately breaks up with him and moves out. 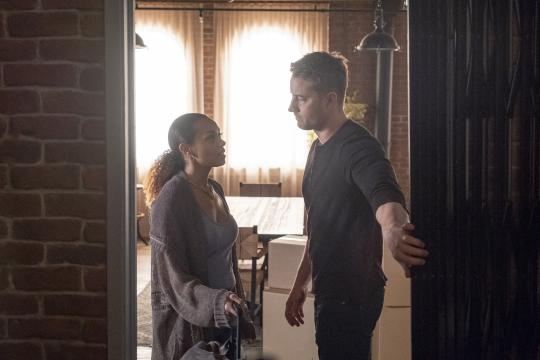 The episode ends with Kevin showing up in LA to be with Kate, Toby and baby Jack. He says he is moving back to LA "indefinitely." So, who knows what's next for him. In the flash-forward, we see that Kevin ultimately ends up having a kid (who seems to be about 12?) who is more into his cellphone than his family, so I will find solace knowing that he got his chance to be a parent.

OK, back to Kate and Toby. Baby Jack is 2 weeks old and is finally able to breathe on his own. The doctor warns Kate, Toby and Rebecca (who is now driving Kate crazy) how to remind sweet little Jack how to breathe if he forgets. Although it sounds scary, the doctor says a tiny tap on the foot will help.

After an overly concerned Rebecca asks Kate a million questions, baby Jack needs a little help. Kate panics and tries to find a nurse, but Rebecca remembers to give Jack a little tap. She always knows what to do, which upsets Kate and leads her to pretty much blame her mom for the whole thing. Rebecca decides to leave the NICU and head back to Kate’s and Toby's place.

Back at the apartment, Kate apologizes and says that she lashed out because she feels like she will never be as good of a mom as Rebecca is. Kate says that she is happy that they are moving to LA because Rebecca is "magical" and baby Jack deserves to grow up around that magic too.

Throughout the episode, (in a flashback) we learn more about a day during the Big 3's preteen years when Rebecca got into a car accident. Although we know she is going to be OK, I think this flashback is used to show how important she is to the family and to beautifully set up the emotional flash-forward.

OK, now for the flash-forward. Tess and Randall walk into a massive home where Beth is waiting for them. She just made coffee and seems pretty at home here, but I think it is Kevin's massive home...so I am slightly confused. Anyway, Toby shows up with sidewalk chalk (to go along with Beth's pin the tail on the donkey game?) and says that he just spoke to Jack and that "they are on the way." I assume this means Kate and his son, Jack.

We see a kid walk by on his cellphone. As I mentioned earlier, we now know this is Kevin's kid and that Kevin ran to go get takeout. While Kevin is out, Randall decides he is going to say hi.

Randall walks down a long hall and opens a bedroom door. A very old and sort of out of it Rebecca is lying in a hospital bed. I am not sure if she is just old or sick or what, but Randall says, “It’s Randall. Your son, Randall."

Then, Randall looks to the side of her bed and it is NICKY! OK, whattttt? Did Kevin take him in? Why is he by Rebecca's side? Where is Miguel? We get a clear shot of him, and he doesn't look quite as old and out of it as Rebecca looks. I have so many questions.

But, that's a wrap on season 3, y'all. I guess we will have to wait until September.

Also, whoever does the hair and makeup for this show needs an award. ​

This Is Us recap: Could nachos help Randall and Beth's marriage survive?

This Is Us recap: Graduation day brings tears, uncertain future

This Is Us recap: 'Our Little Island Girl' finally focuses on Beth's past

This Is Us recap: A tale of two mother and son days