This Is Us recap: A tale of two mother and son days 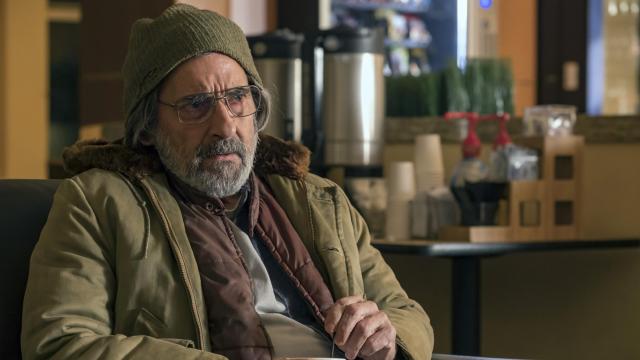 And we're back, folks.

Tuesday night's episode, "Songbird Road, Part 2," picks up right where we left off - The Big 3 in Nicky's trailer.

Kevin puts his hand on Nicky's shoulder and convinces him to come back with them and stay the night at the hotel. Kevin can't bear the thought of leaving him alone (like his dad did) in that run-down trailer.

Once back at the hotel, it becomes clear that Kate and Randall are not going to stick around for part two of this journey. Kate has to fly back to L.A. for an appointment, and Randall has to "be home in time for dinner."

Nicky joins them for breakfast, where Kevin talks to him about visiting a veterans center nearby - and then BOOM! Hi, Rebecca. Gah, I love this show.

Anyway, thankfully Rebecca is here because no one else seems to be taking this seriously. So, it's a mother and son trip to help Nicky.

Nicky tells Rebecca that he knew about them. That Jack had visited him one weekend in 1992 and showed him a photo of his family. 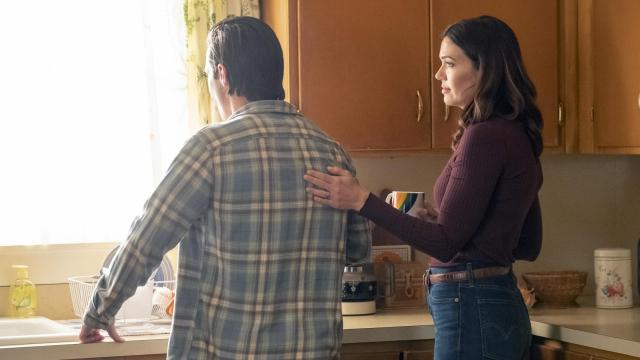 While all of this is playing out in present day, "Songbird Road, Part 2" takes a look back at that weekend in 1992 when Jack saw Nicky for the last time. Jack is not feeling so great from the visit and therefore cannot take little Kevin to get his baseball rookie card signed at the mall. Rebecca says she will do it. So, in both past and present, we see a "mother and son day" play out between Kevin and Rebecca.

The episode finds small beautiful moments between the two that show what type of person Kevin really is. Kevin is sensitive, caring and thoughtful - qualities that tend to get overlooked due to his good looks and job.

Kevin was up all night researching VA centers for his new uncle. Nicky is clearly uncomfortable by the amount his new nephew cares about him but visits one place with them. Nicky explains he has done this before. He tells Kevin he is also "a drunk" and that "he can't seem to leave his trailer without getting the shakes."

Kevin needs a minute. He is clearly frustrated and disappointed. He tells his mom he's mad at his dad. Rebecca is mad too. They are both angry at Jack for putting them in this position in the first place.

Kevin asks Nicky if he would mind staying the the hotel for one more night. He agrees, finally giving Rebecca an opportunity for some one-on-one time with a man who knew Jack before she did. 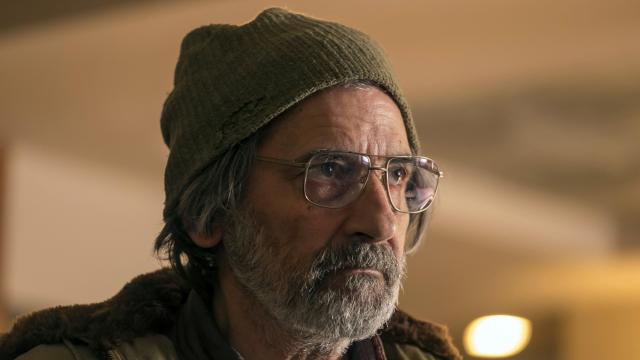 Nicky doesn't seem interested in talking about his childhood, but Rebecca is dying for new, fun stories. She ends up explaining to Nicky, that to Kevin, he is already family. And that is why he cares so much. But when Nicky tells Rebecca that he's not a "prop" “so a movie star can be a real-life hero,” Rebecca gets up and leaves.

Later, Nicky admits he's not much of a person anymore. He apologizes, and gives her a story about Jack building a tree fort when they were kids and Jack saying the words “tongue and groove, Nicky.” He also gives Kevin a gift too, letting his nephew fix his leaky roof. He also agrees to go to one AA meeting at the center.

Nicky tells Kevin that seeing Jack's family is too painful for him. Kevin shakes his hand before leaving his uncle's trailer. But something tells me we will be seeing this guy again.

On the way back home, Rebecca tells Kevin how proud she is of him. But Kevin, who is staring out the window, almost refuses to make eye contact with her. We see that, when Kevin had gone back in to clean up Nicky's trailer, he drank the rest of his whiskey. Kevin relapsed. I am hoping this is not a sign of what is to come.

Back to the others, Kate and Randall remember that weekend in 1992 as well, but in different ways. On their way back home, they decide to take a stop by their childhood home. (Don't even get me started on how this can possibly be a "small detour." This show's concept of time travel...and geography in general...are truly remarkable.)

Anyway, I digress. The two remember this weekend in very different ways, but they use the trip to process why their father hid this from them. Kate remembers the weekend as the one with a sequin fight and Pearson Pizza, but Randall remembers the plate Jack threw at the wall in anger. 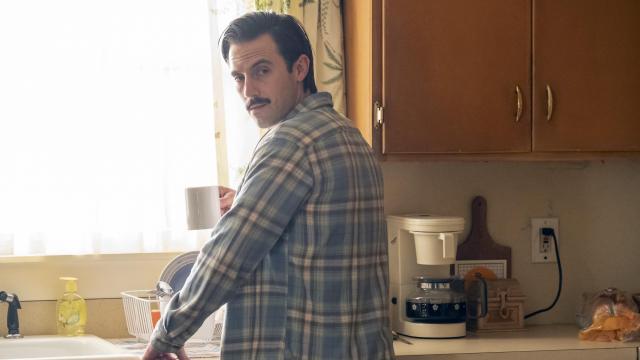 Randall explains that this means Jack did a great job at parenting. That he fought hard to leave only the good memories behind, even on the bad days. Ugh, Jack. You're too good!

Looking ahead to next week - we finally get that Beth-centric episode! And it looks like we will be able connect the dots on the dance studio thing.