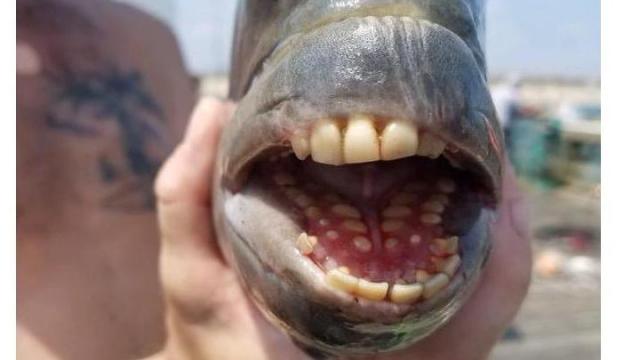 Nags Head, N.C. — An uncommon fish with human-like teeth was caught off Jennette's Pier in Nags Head on Monday.

The Sheepshead fish have several rows of molars in its mouth, used for crushing oysters and other prey.

Researchers believe the fish got its name because its mouth looks like the mouth of a sheep.

Officials with the North Carolina aquarium said that these fish are extremely difficult to catch, but taste great. 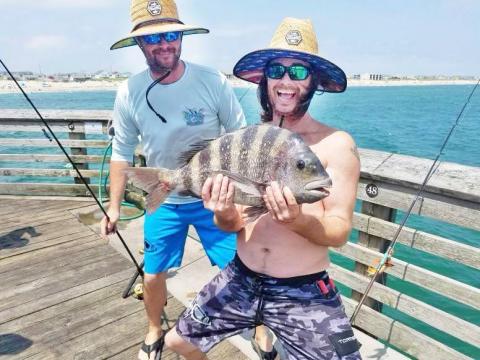 Angler Nathan Martin, from South Mills, was able to catch the guy by using a hand-tied rig and sand fleas for bait.

During the summer, the Sheepshead fish eats barnacles and can be found near bridges. 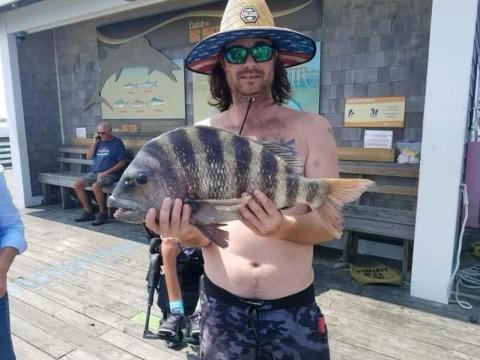 The fish is not listed as endangered or vulnerable with the World Conservation Union.