Raleigh, N.C. — A third man has been charged in a case of alleged human trafficking in Raleigh.

Tavian Crawford, 33, of Raleigh, was charged with statutory rape of a child.

A warrant for his arrest, issued Tuesday, said he had sex with a 14-year-old.

Two men have been previously charged in the case.

Police said Kevin Harold Rudolph, 23, of 515 New Bern Ave., kept a 14-year-old girl against her will in a room at the Motel 6 on Appliance Court, off Capital Boulevard, and forced her to work for him as a prostitute.

Rudolph is charged with human trafficking of a child, sexual servitude of a child and promoting prostitution. He was arrested Jan. 4.

Marcus Antwan Gambrell, 27, of 400 N. Fisher Street in Raleigh, was also charged with human trafficking of a child, sexual servitude of a child and promoting prostitution. He was arrested Jan. 8. 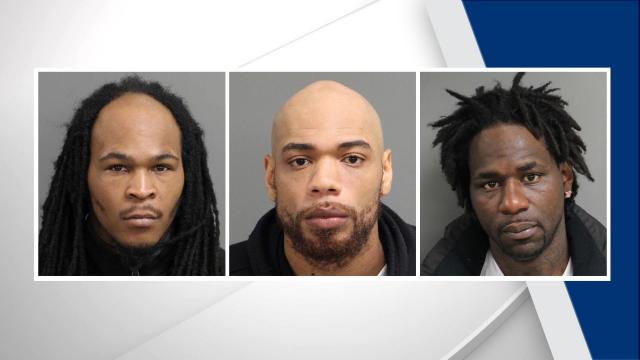 Rudolph's criminal record shows drug charges in 2012 and that he served two years probation and did community service after a robbery charge in 2014.

Judith Linder, who lives in the neighborhood near the motel, called Rudolph's arrest and the charge shocking.