Wildfire victims lost everything, but still found reasons to be grateful 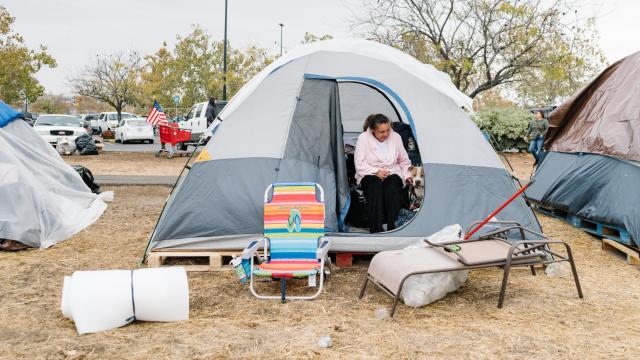 Before a fire demolished their town, Rowdy Shaw and Shanna Shaw had planned to host nine guests for Thanksgiving at their new home, off Lucky John Road in Paradise, California. The Shaws had moved into the house just four months earlier, to be close to the community’s resources for their daughter, Chelsea, who has Down syndrome, and close to Rowdy Shaw’s employer, the Pacific Gas and Electric Co.

Like so many families, they thought about what they needed to stock up on, and what chores had to get done before their guests arrived. They looked forward to sitting down with bellies full of turkey and watching “National Lampoon’s Christmas Vacation,” as they do every year. But last Thursday, one week before Thanksgiving, they joined a caravan of evacuees leaving town in buses and cars, with a fire raging around them.

Their new home burned to the ground. On Thanksgiving, instead of hosting dinner, the family left their room at the Residence Inn in nearby Chico to fill out paperwork with FEMA, apply for new Social Security cards and look for a deed to their home. Like thousands of other displaced families, their annual traditions had been thrown into disorder, but they found some warmth.

“We didn’t know there’d be any food,” Rowdy Shaw said. “But we were hungry.”

World Central Kitchen set up a relief kitchen in Chico, cooking a Thanksgiving dinner for about 10,000 to 15,000 people. Volunteers included the chefs Guy Fieri, Tyler Florence, Jenn Louis and Tim Kilcoyne, as well as evacuees who wanted to serve food and a crew of about 30 from the California Department of Forestry and Fire Protection, who had been on the front lines of fighting the flames for the last week and a half.

They delivered food to shelters, community centers and other places where fire victims gathered on Thursday, to tuck into heaping plates of Thanksgiving classics and share stories of loss, luck and grit.

Inside the old Sears department store in the Chico mall, the Shaw family sat down for a hot meal alongside about 800 others. “We’re feeling pretty blessed,” Rowdy Shaw said.