'They could have saved his life.' Granville County teen's death raises questions over response to crash, shooting

Oxford, N.C. — A Granville County teenager died after being involved in a car crash and getting shot. But authorities who responded to the crash didn't find his body at the scene -- his family did.

On Jan. 21, 16-year-old Alexis Avila Hernandez crashed into a tree on White Oak Drive in Oxford. His body ended up over 100 feet away.

North Carolina Highway Patrol, the Granville County Sheriff's Office and Fire Department responded to the scene at 5:45 a.m. after a neighbor reported the crash.

They found the car, but no driver. A Highway Patrol report said "the driver of vehicle left the scene."

"They reported it as a hit-and-run. The area wasn't searched," said Rob Avila, Alexis' brother. "They thought he was OK, which I don't understand why because there was blood in the car."

Later that day, when Hernandez's family reported him missing, investigators told them a car had been found with a registration that matched his last name.

"They came to our house, they ran the tag and that's when they notified us that the car was crashed," said Avila.

The family then went to the scene of the crash.

Alexis’ aunt, Maria Avila, said it took less than two minutes for her to find her nephew.

"It's in plain sight. There's no trees," described Rob Avila. "It was something very painful to see, her nephew just lying there. He'd probably been out there over 16 hours." 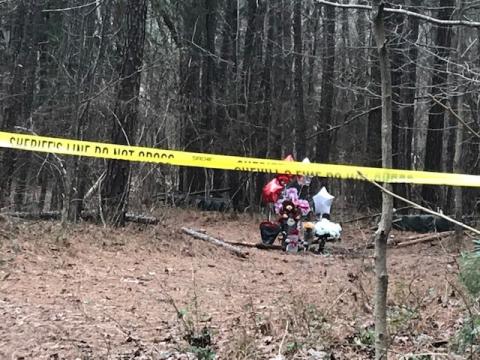 Alexis' mother, Guillermina Hernandez, then ran to her son.

"It was just horrible that my mother had to find her own son dead," said Rob Avila.

Now, the family said they're left wondering: What if Alexis Avila had been found sooner?

"I believe my brother was still alive," said Rob Avila. "They could have saved his life if they had done their job."

Granville County Sheriff Charles Noble said when the sergeant arrived at the crash, the fire department and EMS was already there.

"They advised the sergeant they had looked around the area and had seen no one," said Noble in a statement. "The trooper advised he would do the accident report, then clear up the scene."

Noble added that the sheriff's office was notified later that afternoon about a body being found.

A spokesperson for the sheriff's office said a juvenile was arrested within 24 hours of the shooting in connection to Avila's death.