These billion-dollar natural disasters set a US record in 2017 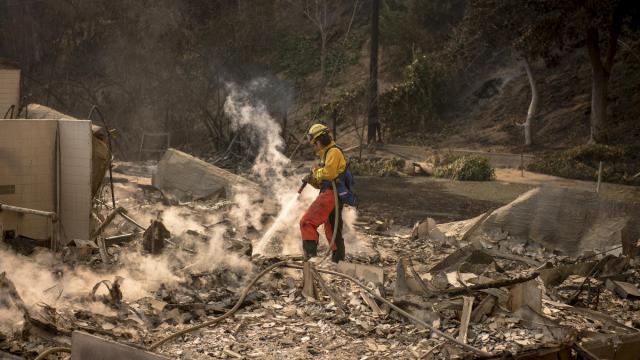 Extreme weather events caused a total of $306 billion in damage in the United States last year, making 2017 the most expensive year on record for natural disasters in the country, the National Oceanographic and Atmospheric Administration said Monday.

A trio of major hurricanes, Harvey, Irma and Maria, contributed hundreds of billions to the total. But the year was seemingly mired in disaster, from a freeze in the Southeast that damaged fruit crops in March, to hail storms that whipped across Colorado, Oklahoma and other central states in May, to the tornadoes that struck the Midwest in June.

Unusual consequences of extreme weather could be found all over the map. Thirteen cows died in a field in Pennington County, South Dakota, after ingesting anthrax spores from the soil; they had changed their grazing patterns during a drought that lasted much of the year in South Dakota, North Dakota and Montana. The cows’ demise was a small part of the $2.5 billion of damage that struck the three states.

In all, there were 16 natural disasters that caused more than $1 billion of damage each in 2017. In 1980, when NOAA first started tallying records, there were only three such disasters, adjusted for inflation. This year’s $306 billion in damage broke a record set in 2005, when Hurricane Katrina contributed to a total of $215 billion in damage, also adjusted for inflation.

Scientists cannot always say with certainty that a given natural disaster was influenced by climate change. But some may be related to warming, and the contiguous United States experienced its third-warmest year on record in 2017. The temperature average was 2.6 degrees Fahrenheit above the 20th century average, said Jake Crouch, a climate scientist from NOAA’s National Climatic Data Center.

Here are the 16 billion-dollar disasters from 2017: Some made headlines for weeks, and some were simply overtaken in the public’s consciousness by the next one.

Severe weather in the South and Southeast, March: $2.6 billion

Missouri and Arkansas flooding, May: $1.7 billion