These are the senators facing re-election fights in 2020 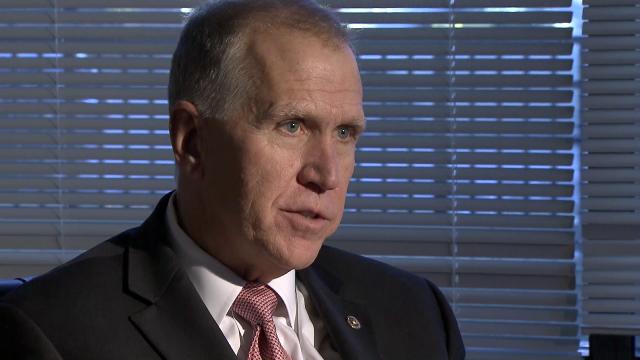 (CNN) — With the 2018 midterm elections over, the stage is now set for 2020, a year that will be defined by a presidential election and another fight for control of Congress.

Democrats faced a more challenging Senate map in 2018 than Republicans, in part because they had more seats up for election. But in 2020, the GOP will have to defend more Senate seats than Democrats. As of now, there will be 22 Republican Senate seats on the line, while Democrats will only need to protect 12 seats.

Numbers alone don't tell the whole story, however. Many of the seats Republicans have to defend in 2020 are in solid red states like Wyoming, Arkansas and Oklahoma. Democrats, meanwhile, appear to have the most vulnerable seat on the map in Alabama, a state Trump won by double digits in 2016.

The Democrats who will have to defend seats in states Trump won are Sens. Doug Jones of Alabama and Gary Peters of Michigan. The Republicans up for re-election in states Hillary Clinton won in the 2016 election are Sens. Susan Collins of Maine and Cory Gardner of Colorado.

Another race likely to be competitive is the open Senate special election in Arizona. Republican Sen. Jon Kyl, who was appointed to the seat held by the late Sen. John McCain, has said he will not run in 2020 when a special election takes place.

Cory Booker, a potential 2020 Democratic Presidential contender, is up for re-election in 2020, but he won't have to choose between a Senate or presidential run. Phil Murphy, the Democratic governor of New Jersey, recently signed a bill that allows a candidate to run for the White House and Congress at the same time. The timing for the bill wasn't lost on anyone, as it has been nicknamed "Cory Booker's Law" around the state.

Here is the list of the senators whose seats will be on the ballot in 2020, broken down by party:

Cindy Hyde-Smith (R-Mississippi) -- Hyde-Smith was appointed by Mississippi Gov. Phil Bryant to fill the seat vacated by Sen. Thad Cochran who resigned due to health issues. She competed in the 2018 special election to fill the term. CNN projects the race will go to a runoff. Hyde-Smith will compete against Democratic challenger Mike Espy since no candidate received 50% of the vote total. The contest will take place on Tuesday, November 27. A full six-year term election will be held in 2020.

Jon Kyl (R-Arizona) -- It is expected that there will be an open special election in 2020 for the seat because Kyl has said he will not run in 2020. A full six-year term election will take place in 2022.

Tina Smith (D-Minnesota) -- Smith was appointed by Minnesota Gov. Mark Dayton to fill the vacancy created after Sen. Al Franken decided to resign. She faced a special election in 2018 and CNN projected that Smith defeated her Republican challenger in that race. A full six-year term election will be held for the seat in 2020.