There's an election Tuesday. Here's what you need to know. 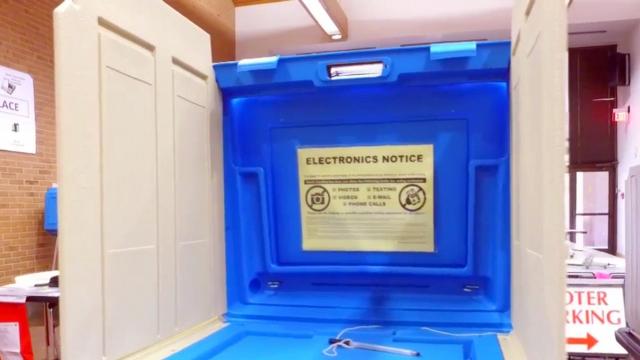 Of course, it's sort of been election day for the last 17 days, because North Carolina's robust early-voting period just ended Saturday.

But Tuesday is THE Election Day, and voters will choose party nominees to advance to the November general election.

Polls are open from 6:30 a.m. to 7:30 p.m. You don't need photo identification to vote, despite a state law that says you do, because that law is on hold while the courts sort out multiple lawsuits.

To find your polling place, check your voter registration card, or the State Board of Elections website.

Got other questions? Keep reading.

Can I still register to vote?

No. You could have during early voting, during which the state offers same-day registration. But to vote on Election Day, you had to be registered by Feb. 7. You can check your voter registration status with the State Board of Elections.

Which primary can I vote in?

You can vote in the primary for the party you're registered with, but if you're registered as an unaffiliated voter, you can choose one of three primaries: the Democratic primary, the Republican primary or the Libertarian primary. Just tell the poll workers which ballot you want. The Constitution and Green parties have closed primaries, meaning no unaffiliated voters are allowed.

What's on my ballot?

It depends where you live and what primary you vote in, but in addition to the presidential election, North Carolina has primaries for Congress, governor, other statewide officials, state lawmakers and various local positions. You can build a sample ballot through WRAL's voter guide. Just fill in your email address and home address to get started. You can also get a sample ballot from the State Board of Elections. Find yourself in their voter lookup, then click on "sample ballot."

Can I use my phone in the voting booth?

Yes. The state changed this policy several years back, and cellphone research is now allowed during voting. Just don't take a picture of the ballot or use the phone to communicate with others. According to the State Board of Elections, photographing a marked ballot is against the law because the pictures could be used as proof in a vote-buying scheme of voting for a particular candidate.

Any changes to the voting process?

You may remember some controversy about the state certifying new voting machines and the General Assembly outlawing "DRE" touchscreens. Counties that used those machines have replaced them, and while you may still vote on a touchscreen, it will be a new version, and it should print out a paper ballot that you feed into a second machine to count your vote. Wake County, and most other counties in North Carolina, use hand-marked paper ballots – no touchscreen involved.

Yes, if they're registered and they'll be 18 by the Nov. 3 general election. They may get a different ballot style, though, because they aren't eligible to vote in referendums and other contests not on the November ballot.

What if there's a runoff?

Runoffs are less likely since the state changed the winning threshold to 30 percent of the vote, but there are some crowded races. Nine Republicans are running for lieutenant governor, as are six Democrats. If no one gets more than 30 percent, the top two vote-getters could face off in a second primary. There is no second primary in the presidential race.

Do I need photo ID to vote?

No. North Carolinians voted to add a voter ID requirement to the state constitution in 2018, but the enacting language state legislators passed into law soon after was challenged in several lawsuits, and both state and federal courts have issued injunctions, putting the requirement on hold.

How do I know who won?

Tune in to WRAL-TV and keep an eye on wral.com and the WRAL News app, of course. You can also get North Carolina results direct from the State Board of Elections. Because it's "Super Tuesday," with voters going to the polls in 14 states, there will be plenty to follow from across the country late into the night.