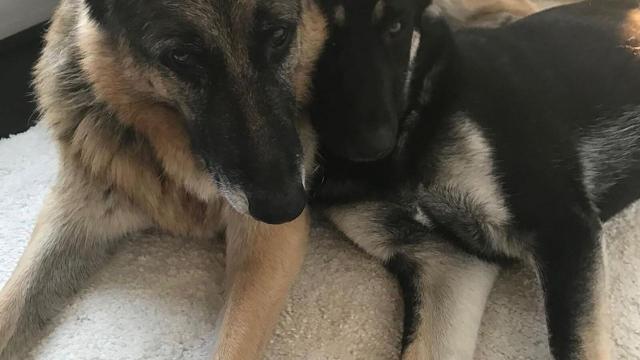 CNN — The new administration is working doggedly in its first days in office, but President Joe Biden's four-legged companions aren't joining in just yet.

Biden's dogs have not yet moved into the White House, a source familiar told CNN, but the pups are anticipated to arrive at 1600 Pennsylvania Avenue soon.

The family's pair of German shepherds, Champ and Major, will restore the time-honored tradition of keeping pets in the White House after former President Donald Trump opted against one.

Champ joined the Biden family during the presidential transition in December 2008, weeks after Biden had become vice president-elect.

Major joined the Biden clan almost eight years later. The Bidens fostered him from the Delaware Humane Association and made his adoption official in November 2018.

Though he is the first shelter dog in the White House, he is not the first rescue. Before Major there was Yuki, a mixed-breed pup abandoned by his owner at a gas station in Texas and rescued by President Lyndon B. Johnson's daughter Luci. Bill Clinton's family cat, Socks, was also a rescue.

"Happy #InternationalDogDay from Major and camera-shy Champ!" Biden tweeted in 2019.

The tradition of keeping pets in the White House dates back to Thomas Jefferson, who kept a mockingbird and a couple of bear cubs during his presidency. Throughout the years, presidential pets became celebrities of sorts.

"It softens their image; it broadens their appeal," Ed Lengel, a former chief historian at the White House Historical Association, told CNN in 2017. "They help create an atmosphere of the White House as a family, a lived-in place and not just a stiff museum, but a place where a family lives and plays and enjoys each other's company."