The Weeknd and Kendrick Lamar Team Up 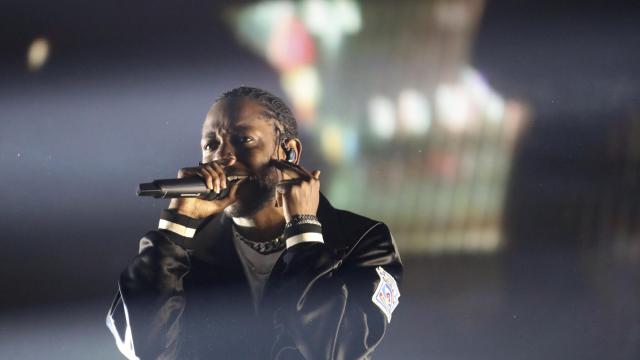 Pop critics for The New York Times weigh in on notable new songs and videos.

The Weeknd and Kendrick Lamar

“Who’s gonna save me from this hell?” the Weeknd laments. “You need a hero, look in the mirror,” Kendrick Lamar vows. “If I gotta be sacrificed for the greater good, then that’s what it gotta be.” This melancholy but resolute track from “Black Panther” faces and overcomes a hero’s self-doubt, in a production that glances back toward Michael Jackson’s “Thriller” while it makes synthesizers sound like African hand drums.

Blip, buzz, jitter and haze suffuse Thom Yorke’s latest release, which works in his ascetic synthesizer mode with a haze of vocals that are barely intelligible beyond the aching phrase that carries the title: “Why Can’t We Get Along?” It’s as much soundtrack as song, the backdrop for a fashion promotion choreographed by Benjamin Millepied that revels in vertiginous camera angles, then immediately deconstructs them.

Whether you embraced Iggy Azalea during her brief run as a pop-rap interloper a few years ago or derided her, she certainly left a strong impression. So strong, perhaps, that she’s all but retreated from the spotlight, and in a comeback that’s taken place in fits and starts, has been struggling to reorient her sound. “Savior,” which features Quavo at his most wailing, is a compromise between compromises, a mix of trap, early-90s club music, Spotifycore, lite-calypso and more, all mortar-and-pestled into a meaningless paste. Once the most divisive figure in pop, Azalea seems keen to please everyone here. Also, imagine releasing this the same week Bhad Bhabie, the unlikely rising rap star of the post-meme economy, raps — on the remix of her infectiously surly “Hi Bich” remix — “Don’t compare me to Iggy/that old hoe is washed and I’m lit/wouldn’t pay her to wash out my whip.”

A collaboration with Dev Hynes (aka Blood Orange or Lightspeed Champion) transforms Girlpool’s music. On its own, Girlpool usually comes up with straightforward indie-rock revolving around the two voices, guitar and bass of Cleo Tucker and Harmony Tividad. With Hynes joining them on vocals and instruments, both lyrics and music embrace blurry contemplation instead, wandering “into empty space where hollow shapes won’t misbehave/What does holy want?” The music opens up echoey hollows and a sudden stretch of loud distortion. (Let that SoundCloud waveform be a warning.) In the end, the duo sounds like it’s on its own again, picking quietly as listeners wonder what hit them.

“Hack into comfort, compliance. Hack into the rebellious gene. Hack into doctrine.” Saul Williams’ directive on “Cycles and Seasons” is forthright and seemingly endless. He casts a stern impression, but you can hear an eyebrow wryly raised. “You won’t know how to handle this, but I’m telling it to you anyway.” That bearing puts Williams, a poet, roughly in common with David Murray, the eminent tenor saxophonist whose warbling style is equal parts ribaldry and pique. “Cycles and Seasons” (the name on Spotify is wrong) comes from Murray’s new album, “Blues for Memo,” which was recorded with a quartet and features Williams as a literary co-pilot. This track has two musical sections: a querying refrain, with a tweaked blues melody that lodges quizzically between major and minor, and a skating section of crisp swing.

If you are planning to have your wedding ceremony at SoulCycle, here is your song.

Here is an arenasize rock song masquerading as a warm, thoughtful 1980s-styled indie rock song. Middle Kids are from Australia, and “Mistake” is the first song from their full-length debut album, due in May. It begins with Smiths-esque guitar, and then the frontwoman Hannah Joy slides in with a clarion clear voice singing about ringing disappointment. The song is about someone else’s failure, but the band sounds celebratory, even ecstatic.

The composer and keyboardist Nils Frahm is comfortable at the interstices of jazz, chamber-pop and electronics, and this slowly evolving nine-minute track from his new album, “All Melody,” encompasses them all, meditating through both calm and bustle.

You might think, “What in the world is less necessary than a lyric video for a Lil Pump song?” There is nothing to be clarified, nothing to be expounded upon. But credit this effort — for a rowdy and very effective collaboration with the DJ-producer Carnage — for its cartoonish, hypercolor exuberance, its mischievous glee and its troll-worthy screengrab moment (at 1:06), “Lil Pump saved the rap game like a poet.”

Laura Veirs, a still too little-known songwriter based in Portland, Oregon, previews her 10th album, “The Lookout,” with “Everybody Needs You.” It’s a terse, friendly tune thoroughly interwoven with nervous undercurrents: her quick acoustic guitar-picking, a rock band, a chamber orchestra full of woodwind pulsations and string-section countermelodies. Her voice sounds shy, but the ambitions are huge.

Class warfare comes to boy-band pop: Here’s an Ed Sheeran song — note the vocal syncopations — that finds attraction in intelligence and car-repair skills rather than hair, makeup and designer footwear. It’s as posed as can be, but its anti-materialism heart is in the right place.