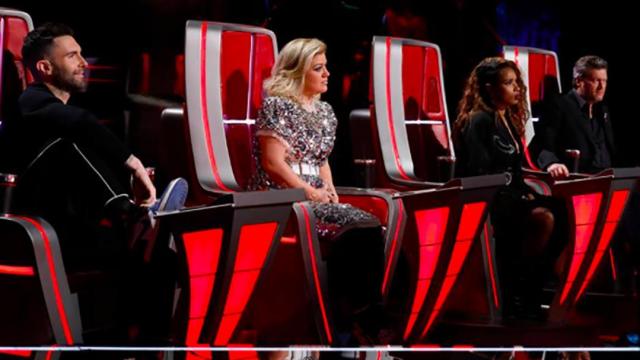 On Tuesday night's episode of "The Voice," North Carolina native, Kameron Marlowe was sent home along with half of the remaining contestants after viewers voted on who would stay in the competition.

The night began with host Carson Daly revealing who viewers voted to save from team Blake Shelton.

America saved strong country vocalist, Kirk Jay. His inspiring life story of being raised in poor, rural Alabama combined with his unmatched talent make him a force to be reckoned with going forward in the competition.

After the two contestants were announced, Shelton was given the opportunity to choose another singer from his team to join the top 13. Shelton choose one of his favorite performers this season, Dave Finely.

From team Adam Levine, America voted to keep DeAndre Nico and Regan Strange in the competition. Both singers have exhibited immense skill and vocal expertise that will help them compete in the top 13.

The Voice Monday night recap: On to the playoffs​

Levine stated that he believed the members of his team had a lot of potential and there was one person that he just couldn't let go of.

"I think that all four of you guys have so much more to do and so much more to offer," Levine said. "...there's more that I have to see from this person. I can't leave it to the unknown."

The artist Levine had to see more of was Tyke James. Levine saved James and he will continue in the competition.

Up next, two singers from the Comeback Stage battled for their spot in the top 13.

Singer Ayanna Joni gave an energetic performance of "No Tears Left to Cry" by Ariana Grande. In response to Ayanna's undeniable stage presence, coach Jennifer Hudson said she had "a star quality".

Unfortunately her energy was no match against her opponent, Lyenna Moorer's cover of "Boo'd up" by Ella Mai. Viewers overwhelmingly supported Moorer on Twitter, which resulted in her victory.

The artist choose to continue her journey on Team Kelly Clarkson.

"We make mistakes and sometimes people should get through and they didn't " Clarkson said. "You are a shinning example of that"

From team Jennifer Hudson (JHUD) America wanted to keep Mackenzie Thomas in the competition. During the Live Playoffs Thomas received two iconic shoe throws of approval from coaches Clarkson and JHUD. The powerful singer also made Mariah Carey emotional during her battle round in the Knockouts.

With the support of JHUD, Mariah Carey and viewers, Thomas will be a strong competitor in the competition going forward.

JHUD was thankful to America after they also saved Kennedy Holmes. Holmes has given some powerful performances through out the season that have made her a favorite amongst viewers and coaches.

And despite being grateful for the singers that voters choose, there was one person that JHUD just couldn't let go. She choose to save powerful vocalist Sandyredd.

Lastly, from team Kelly America voted to save some of the youngest singers in the competition, Chevel Shepherd and Sarah Grace.

While Sad news consumed the show as many of the contestants ended their journey, the mood was lifted by performances from country singer Kane Brown and the Back Street Boys.