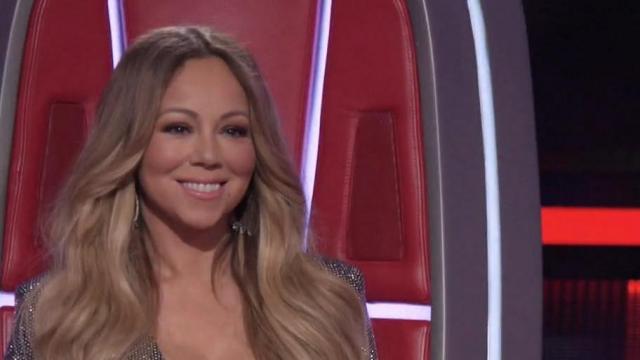 On Monday night's episode of “The Voice,” the knockout rounds began, and the singers had key adviser Mariah Carey feeling emotional.

The first singers of the night were members of Adam Levine’s team. Keith Paulso's rendition of "You Are the Best Thing" by Ray LaMontagne went went head-to-head with Tyke James' cover of "Ring of Fire" by Johnny Cash.

Both singers gave powerful performances and received high praise from the coaches. James ultimately won the round, but Paulso was quickly stolen by coach Kelly Clarkson.

In an unusual match-up, three members of Team Kelly competed against each other in the next performance. Singers Kimberli Joye, Natasia Greycloud and Zaxai battled it out in front of the coaches, and only two of them were able to advance to the next round. They all sang their own renditions of pop and R&B hits.

Both Joye and Zaxai advanced to the next round, but coach Blake Shelton excitedly stole Greycloud to join his team.

The performance that touched Carey the most was done by a member of Jennifer Hudson’s team. Mackenzie Thomas' rendition of The Bee Gees’ “How Deep Is Your Love” went head-to-head with Mike Parker’s rendition of “Breakeven (Falling to Pieces)” by The Script.

Thomas' soft voice and strong notes brought Carey to tears and helped her advance to the next round. Unfortunately, Parker was sent home.

To see who else will advance in the competition, tune in at 8 p.m. Tuesday on WRAL-TV and NBC.​