The Vetting of Children’s Books:Is It Sensitivity or Censorship? 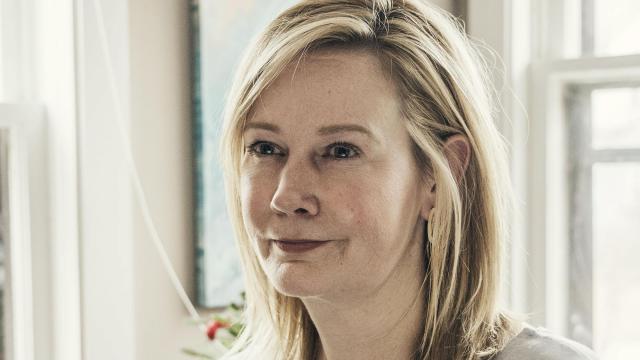 Late last year, novelist Keira Drake announced that her publisher was giving away copies of her upcoming young adult novel, “The Continent,” a fantasy set in a world where two nations have been at war for centuries. “It’s raining books!” she wrote.

Her enthusiasm was quickly punctured. Online reviews poured in, and they were brutal. Readers pounced on what they saw as racially charged language in the descriptions of the warring tribes and blasted it as “racist trash,” “retrograde” and “offensive.” Drake and her publisher, Harlequin Teen, apologized and delayed the book’s publication.

In the year since, “The Continent” has changed drastically. Harlequin hired two sensitivity readers, who vetted the narrative for harmful stereotypes and suggested changes. Drake spent six months rewriting the book, discarding descriptions such as her characterization of one tribe as having reddish-brown skin and painted faces. The new version is due out in March.

In today’s hair-trigger, hyperreactive social media landscape, where a tweet can set off a cascade of outrage and prompt calls for a book’s cancellation, children’s book authors and publishers are taking precautions to identify potential pitfalls in a novel’s premise or execution. Many are turning to sensitivity readers, who provide feedback on issues such as race, religion, gender, sexuality, chronic illness and physical disabilities. The role that readers play in shaping children’s books has become a flash point in a fractious debate about diversity, cultural appropriation and representation, with some arguing that the reliance on sensitivity readers amounts to censorship.

Behind the scenes, these readers are having a profound impact on children’s literature, reshaping stories in big and small ways before they reach impressionable young audiences. Like fact checkers or copy editors, sensitivity readers can provide a quality-control backstop to avoid embarrassing mistakes, but they specialize in the more fraught and subjective realm of guarding against potentially offensive portrayals of minority groups, in everything from picture books to science fiction and fantasy novels.

“There is a newfound fervor in children’s publishing to be authentic and get the story right,” said David Levithan, vice president and publisher of Scholastic Press, which regularly seeks advice from sensitivity readers. “When any author is writing outside their own experience, we want to make sure they’ve done their homework.”

Some see a downside to publishers’ growing reliance on sensitivity readers, and warn that it could lead to sanitized books that tiptoe around difficult topics. Skeptics say the heightened scrutiny discourages authors from writing about cultures other than their own, resulting in more homogenized literature. “Can we no longer read ‘Othello’ because Shakespeare wasn’t black?” novelist Francine Prose wrote recently in an essay about sensitivity readers and censorship in The New York Review of Books.

Others have echoed that view, arguing that sensitivity readers might have derailed works like William Styron’s “The Confessions of Nat Turner,” Harper Lee’s “To Kill a Mockingbird” or Mark Twain’s “Adventures of Huckleberry Finn.” After the subject was covered in Slate, a writer for National Review fretted that “if ‘sensitivity readers’ are given the freedom to hijack authors’ visions, we’re going to lose some beloved works of art that we could have otherwise enjoyed.”

Advocates of the practice say sensitivity readers aren’t preventing authors from tackling tough subjects or writing cross-culturally, but helping to guard against misrepresentation.

“It’s a craft issue; it’s not about censorship,” said Dhonielle Clayton, a former librarian and writer who has evaluated more than 30 children’s books as a sensitivity reader this year. “We have a lot of people writing cross-culturally, and a lot of people have done it poorly and done damage.” Sensitivity readers are hardly new, and publishers have long relied on experts, such as historians, psychologists, lawyers and police officers, to make sure a fictional narrative rings true. More than 30 years ago, Scholastic hired child psychologists to evaluate the plotlines and dialogue in its best-selling series “The Baby-Sitters Club,” because the novels dealt with touchy topics such as eating disorders and divorce. But sensitivity readers have become far more prevalent in children’s publishing in recent years, following a cascade of controversies over books that some readers found racist, homophobic or otherwise culturally tone-deaf.

Last year, Scholastic pulled its picture book “A Birthday Cake for George Washington” from stores after criticism that it soft-pedaled slavery by leaving out the grimmer details of the life of an enslaved baker, who eventually escaped. Candlewick Press postponed the young adult novel “When We Was Fierce,” by e.E. Charlton-Trujillo, after some readers complained the book reinforced negative stereotypes of inner-city youth. “The Black Witch,” Laurie Forest’s young adult fantasy novel about a teenage girl who is raised in a xenophobic society that prizes magical ability, drew virulent criticism from readers who said it was racist, sexist and homophobic, and received around 800 negative ratings on Goodreads. And this year, Laura Moriarty’s planned dystopian novel, “American Heart,” was savaged, nine months before its release, by critics who faulted what they viewed as a “white savior narrative.”

“It was really intense, people were so angry about this book,” Moriarty said.

The outrage isn’t confined to children’s literature. The debate over cultural appropriation has roiled the adult literary world as well, and even prominent adult novelists have started turning to sensitivity readers.

For her 2016 novel, “Small Great Things,” about a black nurse who treats the baby of white supremacists, Jodi Picoult recruited several minorities, including Nic Stone, an African-American novelist, to critique an early draft. Stone’s feedback helped Picoult contextualize racism from the perspective of an African-American, Picoult said in an email. Stone, who has worked as a sensitivity reader on more than a dozen books, also vetted “Godsgrave,” an adult novel by Jay Kristoff that takes place in a fantasy world where there is slavery. In children’s publishing, where there’s a huge demand for diverse books, sensitivity readers have practically become a routine part of the editing process. To anticipate blind spots before they ignite full-blown social media conflagrations, some publishers and authors are soliciting feedback in advance from readers who share a cultural background or other traits with the characters.

For her recent middle-grade novel, “Ghosts of Greenglass House,” which features a boy named Milo whose parents adopted him from China, Kate Milford hired three readers who were adopted internationally by white American families to evaluate the book. After receiving their feedback, she tweaked the language in places and expanded a character’s role. In one small but meaningful change that a sensitivity reader suggested, she stopped referring to Milo’s mother and father as his adoptive parents, and simply called them his parents.

“I find it scary writing outside my own experience,” Milford said. “There’s a lot of paranoia and indignance.”

Stacy Whitman, the publisher of the children’s imprint Tu Books, commissions evaluations from sensitivity readers for most of the books she publishes, and occasionally asks for critiques of books that she has on submission, before she acquires them.

While she was editing the novel “Ahimsa” by Supriya Kelkar, which takes place in 1942 India and centers on a young girl’s involvement in the nonviolent resistance movement, Whitman hired a sensitivity reader who came from India’s Dalit community, which was considered at the bottom of the Hindu caste system. “I felt like we really needed someone who is Dalit to take a look at that dynamic, because there’s a power dynamic at play and the author herself is not Dalit,” Whitman said.

Kelkar, who is Indian-American, said she was grateful for the feedback. “I wanted to make sure the characters were accurate, and the injustices done to these characters were represented accurately,” she said. Of course, hiring sensitivity readers doesn’t always inoculate authors from missteps, or online outrage.

Moriarty anticipated that her young adult novel, “American Heart,” would be polarizing. The book, which comes out in January, unfolds in a dystopian America where Muslims are rounded up and sent to detainment camps. It’s narrated by a teenage girl who gradually overcomes her prejudice against Muslims and tries to help a Muslim fugitive, an Iranian immigrant, escape to Canada.

Moriarty got the idea for the novel during the presidential race when she became alarmed by anti-Muslim and anti-immigrant speech. “I felt I had to respond artistically,” she said.

As she was writing, Moriarty solicited feedback from several readers, including a Pakistani-American Muslim and two Iranian-American readers, to make sure she hadn’t mischaracterized their culture or faith. She read books about Islam and watched YouTube videos that offered differing perspectives on what Islam means to those who follow it.

In November 2016, she sold the book to HarperTeen, which then hired two Muslim sensitivity readers to vet it. Moriarty incorporated some of their suggestions.

Then, in spring, Moriarty got an email from a stranger alerting her to a social media uproar over the novel’s premise.

The campaign against the book escalated in the fall after Kirkus Reviews gave it a glowing, starred review, calling it “suspenseful, thought-provoking and touching.”

Critics of the book, who saw the story as offensive and dehumanizing to Muslims, bombarded Kirkus with complaints, demanding the review be retracted. Kirkus took down the review and replaced it with a contrite statement from its editor-in-chief, Claiborne Smith, who noted that the review, which was written by a Muslim woman, was being re-evaluated. When a revised version of the review was posted, it was more critical, and had been stripped of its star.

Moriarty worries that readers might avoid the book as a result of the controversy.

“I do wonder, in this environment, what books aren’t being released,” she said. “There was no sensitivity reader in the world that was going to make this OK.”