The US just topped 1,100 coronavirus deaths a day. One state is getting National Guard help, and others keep breaking records 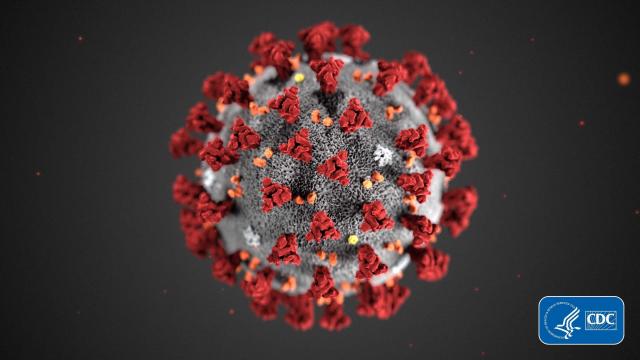 CNN — You know Covid-19 is out of control when health officials are so overwhelmed, they can't notify close contacts who may be infected.

That's what's happening in North Dakota, one of 31 states suffering more new Covid-19 cases this past week compared to the previous week.

Contact tracing is crucial to finding possible carriers of coronavirus, so they can quarantine and break the chain of infection.

But a "sharp increase" in new cases has engulfed contact tracers, leading to delays and "a backlog of positive cases that have yet to be assigned to a case investigator," the North Dakota Department of Health said this week.

"Close contacts will no longer be contacted by public health officials; instead, positive individuals will be instructed to self-notify their close contacts and direct them to the NDDoH website, where landing pages will be created ... explaining the recommended and required actions for both positive patients and close contacts."

Nationwide, all Americans need to double down on safety measures now that the definition of "close contacts" has expanded.

The Centers for Disease Control and Prevention just broadened "close contacts" to include anyone you may have had brief contact with, within 6 feet, during a combined 15 minutes over the course of a day. (Previously, the CDC defined close contacts as anyone you had close encounters with for at least 15 minutes straight.)

"It reiterates the importance of everybody wearing a mask," said Dr. Ashish Jha, dean of the Brown University School of Public Health.

Jha and other health experts say there's nothing magical about 15 minutes, and that the public shouldn't assume spending less time with people without masks is safe.

The new CDC guidance came after researchers discovered even brief exposures (less than 15 minutes each) with an infected person nearby can silently spread coronavirus.

"A mask can protect other people from the virus-containing particles exhaled by someone who has COVID-19. As many as half of all people who have COVID-19 don't show symptoms, so it's critical to wear a mask because you could be carrying the virus and not know it," the CDC said.

"While a mask provides some limited protection to the wearer, each additional person who wears a mask increases the individual protection for everyone. When more people wear masks, more people are protected."

The US is now well into the dreaded fall surge, fueled by indoor socializing, outbreaks at schools and pandemic fatigue.

More than 1,100 new deaths were reported Wednesday -- the highest daily toll in more than a month, according to data from Johns Hopkins University.

Only Hawaii is trending in the right direction. The remaining 18 states are relatively steady.

Florida, which recently reopened many businesses to full capacity but with no mask requirements, reported its highest single-day increase of new cases in more than two months: 5,557 on Thursday. The statewide Covid-19 death toll rose to 16,470.

Ohio broke its record Wednesday and again Thursday, with more than 2,400 new infections reported. "Of the 10 highest days of new cases reported, eight have occurred in the past nine days," Gov. Mike DeWine said.

And in New Jersey, Gov. Phil Murphy said Wednesday that hospitalizations were the highest they have been in three months.

Epidemiologist: 'I don't know what to do anymore'

It's not just the soaring numbers of new cases that's concerning. It's also the rising numbers of deaths and hospitalizations -- which could reduce care for patients who don't even have Covid-19.

Utah mother Laurie Terry learned that the hard way. She recently suffered a heart attack and needed special equipment in a hospital's intensive care unit. But a doctor told the family there weren't enough resources available amid the growing Covid-19 surge.

Eventually, Terry was taken to a hospital that had the specialized care she needed, but her condition has gotten worse.

"We've seen, in the past couple of weeks, that our health care system is at capacity," state epidemiologist Dr. Angela Dunn said.

"I don't know what to do anymore," she said. "I'm really not trying to scare anyone. I'm just trying to inform you of what's going on and give you the facts."

Herbert had one wish for the public:

"I would hope that people will take this seriously and do the best they can," the governor said.